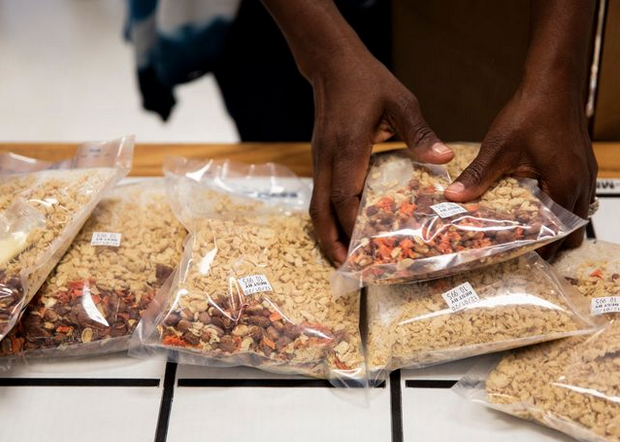 Assembling 75,000 meals in the span of a morning takes hundreds of volunteers, a whole lot of food and maybe even some Christmas cheer.

At least that seemed to be the recipe for success for Saturday’s Food Packing Partyat North Naples Middle School. The event, the eighth organized through a partnership between Hope for Haiti and Meals of Hope, attracted hundreds of volunteers to the school’s cafeteria to assemble tens of thousands of meals to send to Haiti. Any extra meals the volunteers assembled will go to local food banks.

JoAnne Kuehner, who founded Hope for Haiti three decades ago, was one of the people volunteering to put the meals together.

“We take these kinds of things for granted,” she said of the meals.

The assembly process was deliberate. In went the flavoring packet, the beans, the soy, the vegetables, and the rice, last. Volunteers measured ingredients carefully, sealed the bags, and placed them on the lunchroom tables. When there were enough packaged meals, they were loaded into boxes and taped shut. Other volunteers came over, collected the boxes, and loaded them onto pallets. When one of the big totes of dry ingredients was empty, those were replaced in short order, too.

Amid the chaotic hum of Christmas jingles, voices and the sounds of scooping, order prevailed, and the process moved along smoothly. Plenty of folks were wearing their holiday pajamas — the event was Christmas-themed, after all, and the occasional “whoop” went up when a box was filled.

It was important for Junior Gulf Coast student Jeremy Saintyl to volunteer at the event because his family is from Haiti, he said, and he wanted to help people. He also hopes to get more people involved, he said.

Girl Scout Troop 273 leader Jennifer Irvan brought some of her scouts to volunteer at the event, including fourth-graders Emma Kujawa and Aubrey Roberts. It’s the third time the Troop has attended the event, Irvan said. 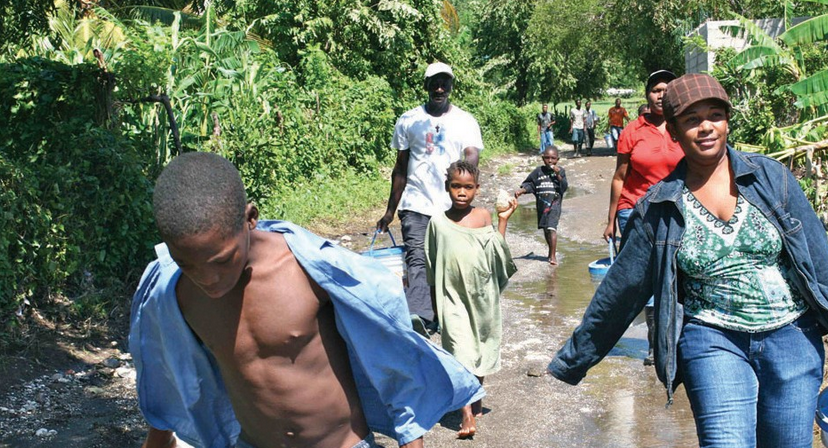 Kujawa said her favorite part was that “you get to help other people that don’t really have that much food.”

Both Kujawa and Roberts said it was an easy way to help people out.

“It gives us a great sense of pride to know the girls want to give back,” Irvan said.

Skyler Badenoch, Hope for Haiti CEO, said the goal is to help solve part of a problem in Haiti and help locally, too.

“What we’re really trying to do is address a problem and a challenge, and that’s food insecurity,” he said.

Stephen Popper, CEO and President of Meals of Hope, said the event is a great way to inspire people to volunteer and help out.

Kuehner said volunteers walk away with a sense after the packing event.

“I think they feel good about themselves because they’re doing something for someone else,” she said. “It’s wonderful to watch.”