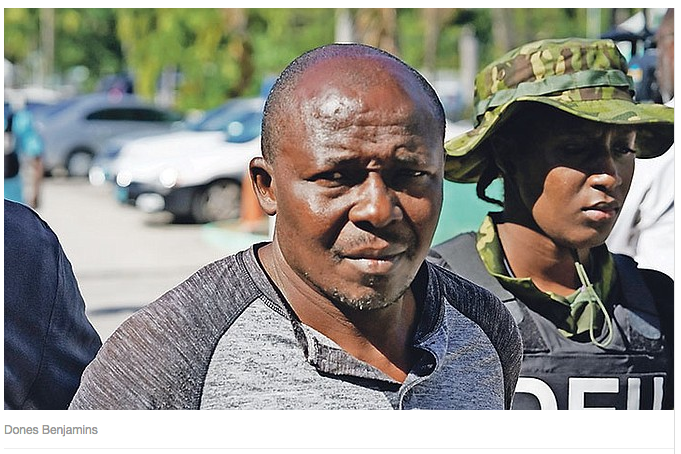 A HAITIAN man was yesterday sentenced to five years at the Bahamas Department of Correctional Services after pleading guilty to several drug related charges stemming from the seizure of over $1m worth of cocaine in Inagua last weekend.

They were remanded to prison in the interim.

The five men were arraigned before the deputy chief magistrate in connection with last weekend’s drug seizure, said to be the result of “intelligence led policing”.

It is alleged between December 9 and 10, at Matthew Town in Great Inagua, the five men were found with a quantity of cocaine with the intent to supply. It was also alleged that on December 9 at the same location, they imported cocaine into the Bahamas.

It is further alleged the five men, between December 3 and December 10, and being concerned together, conspired to possess cocaine with intent to supply and conspired to import cocaine.

According to the prosecution, around 4.45pm on December 9, Drug Enforcement Unit (DEU) officers stationed at Inagua, acting on information, went to a public dock and boarded a Haitian freighter moored at the southern end of the dock.

Upon boarding the vessel, they met a number of people, including the captain, Gustave, and informed them they were suspected of carrying drugs and firearms and that they wished to search the vessel.

The prosecution said the five accused men produced passports showing they cleared immigration upon entry into the Bahamas. Nonetheless, a search of the freighter was executed.

While in the engine room, officers found a hidden compartment. Once they gained access to the compartment, officers removed some 43 packages, each of which contained a powdery substance suspected to be cocaine.

Due to poor lighting and the time of day, officers were forced to suspend their search, and all of the people present during the search were taken into custody. At “first light” the following day officers returned to continue their search.

Altogether, officers discovered a total of 106 packages weighing 273 lbs, with a street value of $1,749,000. The drugs and the suspects were subsequently handed over to DEU officials.

When initially interviewed under caution with the assistance of a translator, Benjamins, the cook in the vessel’s crew, admitted to all of the offences which he would eventually plead guilty to yesterday.

According to his attorney Roberto Reckley, others on board the ship were unaware of Benjamins’ actions.

Mr Reckley, during a plea of mitigation, said his client, a farmer by profession, has never been in trouble in Haiti, and has no prior convictions in this jurisdiction.

However, Mr Reckley told the magistrate his client fell on hard times and after an opportunity presented itself to him, Benjamins made an “unwise” decision for which he was “remorseful”.

Mr Reckley also noted Benjamins did not waste the court’s time and pled guilty at the earlier opportunity and noted how investigators said he was cooperative with police when initially interviewed.

#However, Deputy Chief Magistrate Forbes said notwithstanding the mitigating factors, an aggravating factor for him is that a great deal of effort was made by Benjamins to conceal so many packages of cocaine into the vessel in question and subsequently travel from Haiti to the Bahamas.

#The sentences are to run concurrently.