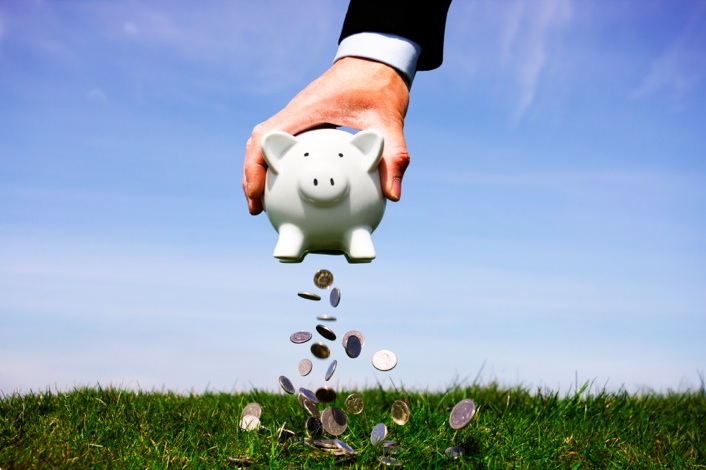 Following the January 2010 earthquake that killed over 200,000 Haitians and left more than a million homeless, donations flooded in from governments, financial institutions, and individuals around the world. U.S. households donated a total of more than $1.4 billion, and the American Red Cross raised the most of any charity for the cause: nearly half a billion dollars in the span of a single year.

The aid was intended to do more than just address emergencies. The American Red Cross, well known for its work in disaster relief, came with a big agenda and the good intention to help rebuild Haiti, the poorest country in the western hemisphere. In a January 2011 luncheon in Washington, the organization’s CEO Gail McGovern said that a fifth of the funds raised would “provide tens of thousands of people with permanent homes…where we develop brand-new communities…including water and sanitation.”

Indeed, the American Red Cross was right about the needs of the Haitian people. As an August 2011 Rolling Stone article by Janet Reitman pointed out, “The earthquake didn’t so much destroy Haitian society as it exposed how deeply broken that society already was. In 35 seconds, the quake leveled government ministries and the National Palace, killed an estimated 20 percent of the country’s civil servants, and severely damaged 50 of the nation’s hospitals.” It appears that there was some consensus in the development community that relief in Haiti should have been carried out from the roots, in agreement with the American Red Cross’s ambitious plans. As the Rolling Stone article explained, “American and international officials gave their plan for Haiti a simple and compelling name: Building Back Better.”

But it appears that many of the great intentions that went into rebuilding Haiti have not been seen through. The signs were present as early as August 2011, when Reitman’s article reported that Haiti’s capital Port-au-Prince was still buried under 8 million cubic meters of rubble, 680,000 Haitians still lived in temporary camps, and cholera — having spread through poor sanitation and contaminated water — emerged for the first time in the country in decades and infected more than 250,000 people.

Yet in January 2015, five years after the earthquake, the American Red Cross released an update that seemed to paint a promising picture. The document stated that the organization had spent or made commitments to spend all $488 million of donations. “Because of your generosity, people have reopened or launched new businesses and have rebuilt their homes; rubble that used to stretch as far as the eye could see has been removed.” It listed achievements such as 4.2 million people “benefiting from hygiene promotion activities” and 867,000 “benefiting from community health services.”

But a joint investigation by NPR’s Laura Sullivan and ProPublica’s Justin Elliott this June challenged the American Red Cross’s progress in Haiti. It revealed that “the charity built six permanent homes and, according to their own account, no new communities.” Further, it points out that while the organization boasts that it has reached 132,000 Haitians through its housing projects, that number counts people who attended seminars on “proper construction techniques,” received temporary rental assistance, and were housed in temporary shelters that begin to disintegrate within three to five years. In their investigation, Sullivan and Elliott narrowed in on a development project in the neighborhood of Campeche in Haiti’s capital. The multimillion-dollar plan was to feature hundreds of permanent homes, none of which ended up being built. They reported that many residents continue to live without electricity, basic sanitation, or access to drinkable water. According to the investigation, a former official who worked on the project said, “Everything takes four times as long because it would be micromanaged from DC, and they had no development experience.”

Following the release of the joint investigation, NPR correspondent Sullivan wrote, “Without question, it is extremely difficult to build anything in Haiti…But still, in the years since, other charities have managed to do it. Other NGOs have built more than 9,000 permanent homes so far.”

Aside from housing, the investigation by NPR and ProPublica reveals problems in other fronts of the American Red Cross’s efforts in Haiti. For instance, the cholera epidemic prompted the organization to plan the distribution of soap and oral rehydration salts. But the director of the Haiti program wrote in a May 2011 memo that the implementation was hindered by “internal issues that go unaddressed,” and by September, after the death toll passed 6,000, still an internal document listed the project as “very behind schedule.”

All in all, NPR and ProPublica’s investigation argues that “Confidential memos, emails from worried top officers, and accounts of a dozen frustrated and disappointed insiders show the charity has broken promises, squandered donations, and made dubious claims of success.”

Throughout the past two months, Sullivan and Elliott’s work prompted press releases from the American Red Cross, at least one news conference, and calls to action by public officials. Representative Rick Nolan (D-MN) called for a congressional hearing to look into the organization’s alleged mismanagement of funds, and Senator Chuck Grassley (R-IA) publicly sent the organization a list of 17 detailed and hard-hitting questions. The American Red Cross has since answered them, continuing its pattern to defend its impact in Haiti and oppose allegations.

Throughout the unfolding of events, NPR’s Sullivan and ProPublica’s Elliott have continued reporting. According to Sullivan, Senator Grassley was dissatisfied with some of the American Red Cross’s responses, such as to one question that tried to gauge how much overhead was taken by subcontracted organizations that received third-party funding. The American Red Cross wrote, “Please note that our contracts with the great majority of our partners, while permitting us to disclose this information to Congress, do not permit us to disclose the information to the media or donors.” Yet don’t donors have the greatest stake in understanding the impacts of their dollars, since they selflessly drew pieces of their paychecks that could have been used on themselves, their children, or any other cause that mattered to them?

Unfortunately, hundreds of millions of dollars into the American Red Cross’s Haiti relief efforts, it seems that detailed information may not even be internally available. NPR and ProPublica obtained some of the American Red Cross’s assessments of its own health and water projects, which “found the charity failed in many cases to monitor its own spending, oversee its projects and even know whether the projects were successful. The documents also cast doubt on the accuracy of some of the Red Cross’ public claims of success.” One report looked at the $10 million that the charity gave to other nonprofits to fight cholera. According to Sullivan and Elliott, it found that the organization “did not evaluate any of the work by these other nonprofits, did not seem to know if any of the objectives had been achieved and wasn’t aware that one of the nonprofits mismanaged its funds.”

The ongoing investigation into the American Red Cross’s aid in Haiti does not just raise accountability issues. It also raises accounting issues. While understandably not every miniscule financial detail can be made public, still donors deserve clarity about the projects that their contributions funded. The current exchanges between the American Red Cross, media, and politicians reveal first of all that information is in demand.

In nonprofit institutions in general, such demand should be met. Unlike a for-profit business, where the exchange between customers and providers is direct and reciprocal, a nonprofit takes a payment from one person and provides products or services to another. When donors lack access to financial information about the impacts of their donations, they may be left uninspired — lacking even the satisfaction of knowing that their efforts made a difference. And worse, if the channel that connects them to people in need appears broken, they may lose trust and limit future charitable gestures. The humanitarian values that are meaningful to the donors, such as generosity and empathy, then go unfulfilled. In that way, both ends of the channel end up hurt.

Trust, which is necessary to maintain the flow of charity, is founded in transparency and realized promises. In the case of the American Red Cross, it remains to be seen exactly to what extent the organization succeeded or failed in delivering its promises to both donors and the people of Haiti. While there is little doubt about the good intentions and impressive fundraising efforts of the people in the organization, the investigation by NPR and ProPublica does raise doubt that the projects in Haiti fulfilled their original plans and aspirations. We shouldn’t overlook that tragic possibility, especially when relief in critical times and places can impact not only quality of life but sometimes also health and survival.