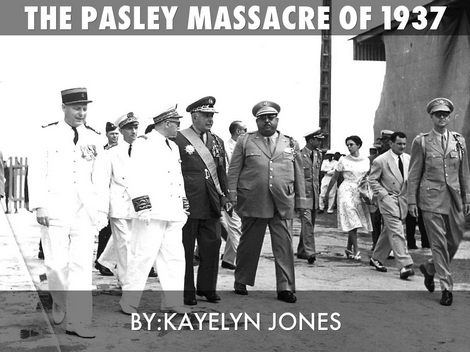 Monday Pedernales, Dominicans angry following the killings by machetes by two former Haitian employees, of a Dominican couple who own a ranch in Le Quemao, both dead from their wounds have issued an ultimatum to Haitians ending Tuesday, March 13 at 10:00 am to leave the province, threatening violent reprisals if they remain.

The warning was issued Monday by a “guagüita” (vehicle equipped with a speaker) who has traveled the main streets of Pedernales.

In addition, dozens of Dominicans demonstrated in front of the Office of the Prosecutor, demanding justice for these two murders while the alleged perpetrators are still at large.

The Mayor of Pedernales, Luis Manuel Feliz, who had already made the decision to close Monday the binational market for security reasons, asked for the intervention of President Danilo Medina and Foreign Minister Miguel Vargas, fearing that the threat from the community would be put into effect and become a bloodbath.

Last minute :
On the same day, Foreign Minister Miguel Vargas Maldonado told the Dominican press, “To prevent violent incidents between Dominicans and Haitians, President Danilo Medina ordered the deployment of military troops to Pedernales” adding “the Government will not allow order and peace to be disturbed.

The Minister of Defense, General Rubén Darío Paulino Sem, said on Monday that the Specialized Corps of Border Border Security (CESFRONT) was also reinforced by the Dominican navy.

As for the national police, it is identifying and seeking to arrest all Dominicans who incite the population to take revenge on the Haitians.

There is often “a mountain behind a mountain…”

Is this actually an attack, by Haitians, upon two Dominicans…. or, perhaps, a Dominican generated crime to facilitate their Draconian removal of “legal” Haitians from Dominican Territory?

Sadly, the reverse is not true.

ARE THE DOMINICAN AUTHORITIES GENERATING A LAND-SWELL OF PUBLIC OPINION TO SUPPORT ANOTHER  1937 STYLE “PARSLEY MASSACRE???”