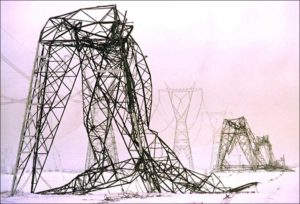 Martelly will not allow the traditional bourgeoisie’s continued financial rape of the Haitian society.

Manigat favors, and is supported by the Traditional Bourgeoisie.

Manigat was chosen by Preval in September, 2010, as one who had absolutely no support within the Haitian society. (4.5%)

Preval paid Manigat several millions, gave her an armoured vehicle, home improvements, a 20 year retroactive pension for her husband Lesly and a security team made up of palace staff and promised her support of INITE in the run-off.

In return Manigat agreed to let Preval name her Prime Minister and Cabinet. Coupled with his control of INITE, this deal gave Preval dictatorial control of Haiti and this will be further cemented with the MINUSTAH supported Preval amendments of the 1987 Constitution.

Preval and MINUSTAH, in partnership with American ambassador Merten, are preparing to violate their trust, yet again, by thwarting what appears to be the will of the people – a Michel Martelly presidency.

This possibility is the creation of these same criminals who derailed the first ballot that should have seen Jean Henry Ceant elected President.

Now they are not happy with the situation they have created and plan to steal the vote which must surely elect Martelly. His rallies in Cap Haitian and Port-de-Paix were trull stunning as tens of thousands – the largest crowds of the electoral cycle – massed in these population centers. It is said that “even the rocks on the streets belong to Martelly…”

The election is supposed to reflect the will of the people, or so says the OAS, Hillary Clinton, Mulet and Ambassador Merton….so long as it is Manigat, it would seem. Yet again, Haiti’s vast majority is going to get a another bitter lesson in the true obscenity  represented by the so-called democratic process, when it is controlled by criminals like Hillary Clinton, Edmund Mulet, Ambassador Merten and those who dictate Haiti’s media. We are rapidly headed for a major explosion in this poor society, or is this what the United Nations wants so it can justify its ongoing presence on to infinity?

If the election is stolen the mass of Haitian voters has one option and that is to take the streets in a massive manifestation of their wishes, even if the gunmen of MINUSTAH turn their heavy weapons on innocent Haitians, yet again.

2 thoughts on “ELECTION ABOUT TO BE STOLEN BY MINUSTAH, PREVAL, HILLARY CLINTON AND AMBASSADOR MERTEN VIOLATING THE WILL OF THE HAITIAN PEOPLE!! EVEN AS AN IRANIAN TEAM, HEADED BY IRAN’S AMBASSADOR TO CUBA, PLOTS TERROR WITH PREVAL!!”