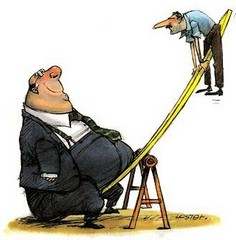 A FREE-AND-FAIR FARCE The  reader should think carefully.With the exception of sophisticated nations like Canada, the USA, France, England, Japan…EEC..….etc,  there has never been a situation in which the government in power, lost. The government in power controls all of the factors and is not about to give these control levers to anyone else.

We have seen what is well described as DEMONSTRATION ELECTIONS – complete with ail whistles and bells, lacking only in fairness and truth.

So it is with Haiti.

We have a chance to install a truly democratically elected government  – a first – but the International Community is about to waste this rare opportunity.

Already, players with other agendas have made their first moves in a not-so-complex chess game.

Edmund Mulet, MINUSTAH’s chief, was caught on tape, immediately after Preval announced his vague elections schedule. Mulet said…”I have to go along with bthis, but there will be no elections…” He then when on to outline the basic reasons MINUSTAH would use to justify delay or cancellation.  Insecurity, and insufficient time to organize a vote.

The insecurity will be generated by Preval and his team.

Ongoing delays, and excuses, will create a situation in which there really isn’t enough time, perhaps no time at all.

Remember, Preval was installed by MINUSTAH  (actually Brazil/Chile)  as they declared him winner with 51% when he only had 23% of the vote. Preval would have lost the constitutionally mandated run-off. MINUSTAH was also pressured by Rene Momplaisir, leader of the Popular Organizations – who had Preval’s promise to bring back Aristide.

He put hundreds of his Mob into the Montana Hotel, frolicking in the swimmjing pool, running through the halls….all very peacefully, but sending a message that he reinforced with words. “I will burn Port-au-Prince if Preval is not installed as President.

Preval would betray his word to Momplaisir, but that is just another falling out amongst thieves.

Preval is in debt to MINUSTAH and MINUSTAH is in debt to Preval. One would collapse without the other.  Haiti is important, financially, to each player in this duet, and so they work to maintain each other’s survival.

No other alternative was available – Michele Montas, the UN  spokeswoman, and Haitian citizen said so. Had the Secretary General bothered to look behind the scenes he would have discovered evidence to the effect that Montas was complicit in her husband’s death, as was Dominique’s best friend, Rene Preval. But that is another story, for another Editorial.

We are sliding dangerously close to the –point-of-no-return, beyond which the Novemeber elections will truly be an impossibility.

This will allow MINUSTAH the opportunity to prolong the Preval dictatorship.

In any event, with the present course, Preval will be able to buy the elections for his chosen candidates with his own party INITE.  He has stolen tens of millions, perhaps hundreds of millions to ensure his continuing control through a puppet parliament and  personally selected replacement, as President of Haiti.

Do not be surprised if Preval becomes Prime Minister in a mirror of Russia’s Putin.

The Constitution can then be amended, by his puppet parliament, and his future guaranteed.

By guaranteeing Preval’s future, the puppet parliament will guarantee  Haiti’s reality as a FAILED NATION.   But that is nothing new. The government has never represented the people, or its desires.

Perhaps Haiti is a Failed Nation.

But let us face the true facts.

Haiti will fail because of its government, not because its 9,000,000 people are not ready, willing and able to turn things around.

Give the tools and support – they will do this.

The first step is our guarantee of a really free-and-fair electoral process. It is a little too late but the first step would be creation of a new really independent Electoral Council (CEP) and a true neutralization of Rene Preval.

With Preval in the game, all else must fail.