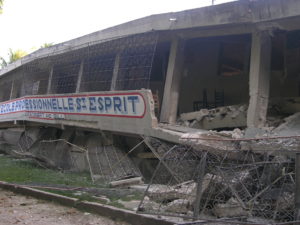 Duvalier left Leogane for a stop in Darbonne, a nearby population center with Duvalier ties.  It is the sugar capital of Haiti. News of his stop in Leogane preceded him and the entire town filled the city square to cheer his arrival. Thousands struggled to touch their hero.  No presidential candidate drew half as big a crowd as Duvalier.

Preval has called Duvalier into court tomorrow at 9:00 a.m. Will he arrest Duvalier even though any charge is statute barred? Duvalier is so popular that there is a risk, in not arresting him to stop the momentum, or in arresting him.

There may be an explosive uprising should the Preval government seize Duvalier.