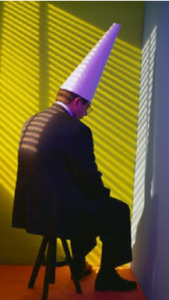 The Bureau of the Conference of Heads

of Government of the Caribbean

Community (CARICOM) met in Port of

Spain, Trinidad and To Nationality and issued the following statement.

CARICOM STATEMENT ON DEVELOPMENTS IN THE AFTERMATH

OF THE RULING OF THE CONSTITUTIONAL COURT OF THE

The Caribbean Community (CARICOM) condemns the abhorrent and discriminatory ruling of September 23, 2013, of the Constitutional Court of the Dominican Republic on nationality which retroactively strips tens of thousands of Dominicans, mostly of Haitian descent, of citizenship rendering them stateless and with no recourse to appeal

Furthermore, the ruling has created an environment where, with the abrogation of rights that flow from citizenship, arbitrariness can flourish as illustrated by recent media reports of the forced deportation to Haiti of persons claiming to be Dominican and with no linguistic or familial ties to that country.

The Caribbean Community reiterates its call to the Government of the Dominican Republic to take the necessary political, legislative, judicial and administrative steps urgently to redress the grave humanitarian situation created by the ruling. The Community also calls on regional and hemispheric countries and organisations to lend their voice to urge the Dominican Republic to right this terrible wrong.

Furthermore, the Community will review its relationship with the Dominican Republic in other fora including that of CARIFORUM, CELAC and the OAS. It cannot be business as usual.

Moreover we call on the global and regional community to pressure thegovernment of the Dominican Republic to adopt urgent measures to ensure that the jaundiced decision of the Constitutional Court does not stand and that the full citizenship rights of persons of Haitian descent, born in the Dominican Republic are guaranteed. The Caribbean Community accords this matter the highest priority.