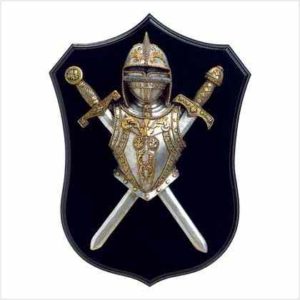 PORT-AU-PRINCE, Haiti (AP) — Haiti’s president is moving forward with a controversial campaign pledge to restore the country’s disbanded military with an initial force of 3,500 soldiers, according to a document obtained Tuesday by The Associated Press.

The role for the army replacing the former discredited military would be to patrol Haiti’s border, keep order during times of crisis and provide opportunities for young people, says the document outlining the plan.

President Michel Martelly’s government proposes spending $95 million to train and equip the new armed force with the goal of eventually replacing the 12,000 U.N. peacekeepers in the country.

“The fragility of the Haitian state now makes it vulnerable to the risks of internal unrest that could plunge the country into anarchy,” the document says.

Martelly spokesman Lucien Jura said Tuesday afternoon that he was unaware of the document, and referred questions to security consultant Reginald Delva, who told the AP he would comment later.

Haiti has not had a military since it was disbanded in 1995 under President Jean-Bertrand Aristide after years of coups and human rights abuses. Some Haitians have said in recent months they welcome the creation of a new army, a reflection of patriotism but also of the expectation that it would create jobs in an impoverished country.

Human rights groups have expressed uneasiness with the idea of restoring a military that was notorious for abuses.

The Martelly administration’s proposal has been circulating among foreign officials in Haiti and would need the approval of Parliament as well as funding that would likely have to come from international aid.

The AP obtained the document from an official on condition of anonymity because the person was not authorized to distribute it.

Haiti’s government notes in the report that it does not face any threat from other countries but says a new army is necessary to patrol the porous border with the Dominican Republic, now frequently used by drug traffickers and for other types of smuggling.

The budget for the project, known as the National Council of Defense and Security, includes $15 million to compensate former military personnel who lost wages and pensions when Aristide disbanded the military. That is a long-standing grievance of the former soldiers.

The 22-page proposal says organizers would initially name an interim military staff and identify sites for military bases in the countryside, with the first class of troops recruited from November to January.

The plan also calls for creation of a “national intelligence service,” a special unit to deal with terrorism threats, criminal syndicates and illegal trafficking networks. It would also monitor “extremist organizations and movements intended to spread anarchy.”

A U.S. Embassy spokesman, Jon Piechowski, said by email that Haitian government officials had recently met with embassy personnel to discuss the plan.

“We are reviewing the information they have shared in support of their vision,” Piechowski said.

A human rights lawyer criticized the idea, noting that the military has long been used in Haiti as a tool to quash democratic movements.

“The problems raised in the proposal are real, but there is little basis for believing that the army would be an effective solution,” said attorney Brian Concannon, director and founder of the Institute for Justice and Democracy in Haiti.

“The (army) did not successfully defend the borders against foreign attacks, and the other listed functions — development, disaster response and policing are done more cheaply and efficiently by civilian entities. What the army has done well throughout its history is attack unarmed civilians and stunt democracy.”

Haiti-born political observer Jocelyn McCalla said the country would be better served by creating a job program that focuses on young people.

“An army is the last thing that Haiti needs at this point,” McCalla wrote in an email.

Martelly’s push to bring back the army stems in part from uneasy relations between United Nations troops and many Haitians, who view the peacekeepers as an occupation force and an affront to national sovereignty.

Such opposition has been stoked by evidence suggesting that U.N. peacekeepers from Nepal accidentally started a cholera outbreak that has killed more than 6,200 people and by a recent video allegedly showing U.N. soldiers from Uruguay sexually abusing a Haitian youth.

Despite the outcry, Martelly has said he would seek to renew the U.N. force’s mandate for another year. On Friday, he said at the U.N. General Assembly that the force has committed “unacceptable errors” in Haiti but it should stay to help rebuild the country after last year’s devastating earthquake.