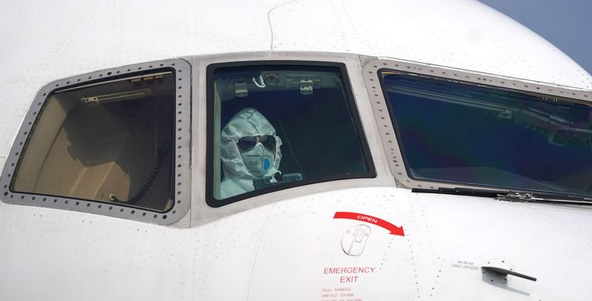 Thousands of flights came into US as coronavirus raged.

An ABC News joint investigation with its owned television stations sheds new light on the likely flow of the coronavirusfrom global hotspots into the U.S. and provides a glimpse the toll the virus has taken on some of the first Americans to interact with international travelers: airport workers.

From December through March, as severe outbreaks cropped up in China and then Italy and Spain, among others, thousands of flights from the hard-hit nations poured into U.S. cities, according to an ABC News analysis of more than 20 million flight records obtained from the tracking service Flightradar-24.

While it is unclear the precise number of passengers into the U.S. who were infected with the coronavirus, the medical experts told ABC News such a huge pool of people virtually assures that a number had the highly contagious disease.

“In the case of coronavirus, you have the interface of a virus that spreads this quickly,” Dr. John Brownstein, an epidemiologist at Boston’s Children’s Hospital and ABC News contributor said.

The data shows that 3,200 flights flew from China to the U.S., including more than 1,000 flights that went to Los Angeles and nearly 500 each landed in San Francisco and New York – all three among the eventual hot spots of the COVID-19 outbreak in the U.S. More than 100 flights from China arrived in six other American cities: Chicago, Seattle, Detroit, Dallas, Washington, D.C., and Newark, N.J.

According to travel data previously obtained by ABC News, those flights translated to more than 761,000 Chinese nationals entering the U.S. and Americans returning home from the People’s Republic of China during that critical four-month period.

Brownstein said that such massive travel meant that the flow of the virus into the U.S. and other countries probably came quickly after it began spreading quickly in China. “So our view is that even as early as January, we were seeing introductions of cases happening globally and specifically in the U.S.,” he said. 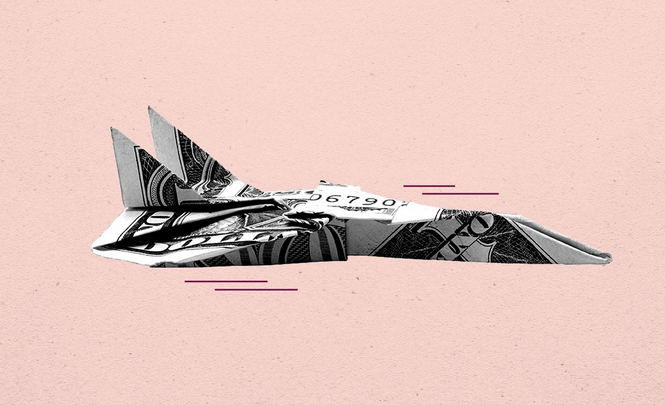 The flow of these passengers into these key cities, offer a window on how the virus may have quickly spread across the U.S.

Among the flights were 50 direct from Wuhan, the Chinese metropolis where the outbreak is believed to have started. Twenty-seven of those flights went to San Francisco and 23 to New York’s John F. Kennedy International Airport. The last flights from Wuhan came in early February, when the Trump Administration imposed restrictions on flights from China to the U.S.

But this new passenger and travel data obtained by ABC News revealed by the time the president took his action – which administration officials say saved lives – some of the damage had already been done.

The first coronavirus case in the U.S. was reported in Washington state in late January, before cases followed days later in Arizona and California. In each of those cases, the Centers for Disease Control and Prevention (CDC) said the infected individuals had been in Wuhan recently.

But the spread of the virus person-to-person domestically since has made tracing the origin of particular outbreaks in many American cities more difficult.

“The United States banned travel to China 12 days after the world heard there was an outbreak of severe pneumonia in Wuhan. … The problem was, it was too late,” said Dr. Todd Ellerin, chief of Infectious Disease at South Shore Health and an ABC News consultant. “Even though there had only been 12 confirmed cases in the U.S. on the day President Trump announces the travel ban, the reality was there were many more unconfirmed cases.”

The flights from China weren’t the only ones coming from airports in international hotspots for the COVID-19 outbreak. ABC News also analyzed thousands more flights during the period from Italy and Spain, which had the highest numbers of cases outside the U.S. by the end of March.

“Clearly, some portion of those were infected either with mild symptoms or asymptomatic. We were seeding this epidemic in many places, but flying blind because we weren’t doing the adequate testing that was needed,” Brownstein said.

The federal government shut down most flights from Europe in mid-March, but by then hundreds of flights from Italy had gone into New York and Miami. Nearly 100 of the Italy-to-Miami flights happened over six weeks in February and early March before the U.S. imposed restrictions. March’s flights from Italy also went to large airports in Philadelphia, Chicago, Boston, Atlanta, Newark, Los Angeles and Columbus, Ohio.

Also in March, more than 400 flights left Spain for 12 American cities. Close to half of those flights landed at two New York City region airports: JFK and Newark Liberty. More than 100 went to Miami. Dallas, Chicago and Los Angeles each took in at least two dozen direct flights from Spain in March.

And there is evidence that the travel flow may have had direct impact on the country’s airport personnel.

More than 320 Transportation Security Administration and Customs and Border Protection personnel have tested positive for coronavirus, according to data obtained by ABC News. The number of affected airport security workers corresponds with hotspots, though it’s unclear if the workers contracted the virus from their duties or from other person-to-person contact.

Of the Customs and Border Protection personnel that tested positive, 52, were from New York ports of entry, 20 were from Miami and Fort Lauderdale airports and facilities, 10 from Los Angeles work sites and 10 from New Jersey.

The analysis of international flights excluded more than 1,000 routes by cargo haulers and hundreds of additional flights into Alaska, where it could not be determined with certainty whether the flights – mostly from China – carried cargo, passengers or both.