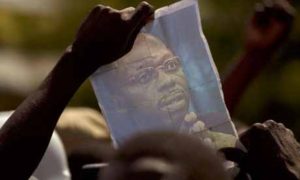 By Liam Collins and Tom Lyons

DIGICEL, the Caribbean and Pacific mobile phones group owned by businessman Denis O’Brien, has launched an investigation into a fraud in Haiti, one of its biggest markets.

In response to a query, the company made a brief statement last night, saying: “Like all multinational companies, we do suffer cases of minor fraud from time to time. This is an internal matter and we are conducting a thorough investigation.”

Asked if the fraud could run into millions of dollars, the spokesman reiterated: “No, it’s minor.”

It is believed that the mobile phone group has begun a probe into whether a scam existed to skim the money from international callers. The scam may have been in operation since 2009 by individuals who managed to route money made on international calls away from Digicel into their own pockets.

Mr O’Brien is the biggest private investor in Haiti, investing $600m since entering the market in 2005, where he now has 3.5 million customers.

He has invested $25m in building 70 community schools and plans to build 80 more by the end of 2013. He has also paid for the historic Iron Market in Haiti’s capital of Port-au-Prince to be rebuilt after it was devastated by an earthquake in January 2010.

Digicel, which reported revenues of €2.54bn for 2012, has 12.8 million subscribers in the Caribbean, Central America and the Pacific region. It is currently looking at new markets in Burma and the Middle East.