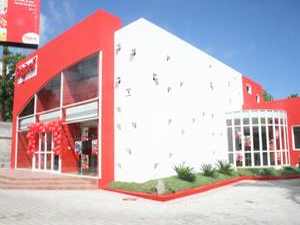 Revenues at Digicel Group Ltd, which covers 30 markets across the Caribbean, El Salvador and the Pacific, hit $580 million (€420.6 million) in the third quarter of its financial year. Earnings before interest, taxes, depreciation and amortisation (Ebitda), a key performance measure used by telecoms companies, also rose 32 per cent year-on-year to a record high of $240 million.

The group has seen a “massive explosion” in data usage in the Caribbean. Haiti has proved a very strong market despite the devastation caused to the impoverished nation by last year’s earthquake.

“Yes it’s challenging, but we’ve seen year-on-year growth of 39 per cent in revenue in Haiti,” Mr Delves said. This was driven by a combination of customers switching from other operators to Haiti, and organic growth. “Communication is an integral part of rebuilding Haiti,” he explained.

In other markets, revenues have remained robust and in line with expectations. Tourist numbers in high-end Caribbean destinations are starting to recover, as are remittances ie money sent home to the Caribbean by family members working in the US and, to a lesser extent, Europe. Digicel also allows customers to top up the mobile phone credit of relatives in the Caribbean from other countries.

Last December Digicel raised $300 million through a corporate bond issuance. Mr Delves said this helped the group to maintain a healthy cash balance. At the end of December, the group had cash of $600 million on its balance sheet. Some of this will be used to fund further expansion and to grow within existing markets such as Haiti, he said. When Digicel first entered the Haitian market in 2006, the level of mobile phone penetration was 5 per cent of the population. This has risen to 35 to 40 per cent.

“We believe there is further scope for that to grow,” he said. While the group is looking for new opportunities it is equally focused on expanding the portfolio of products and services it offers, he said, and for that reason it acquired two ICT companies last year.

Across the wider group of 32 markets worldwide, Digicel’s subscriber numbers rose 7 per cent year-on-year to 11.5 million in quarter three.