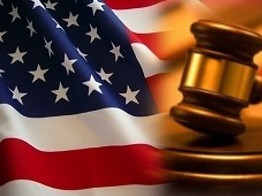 Following a hearing on April 10 in New York, bringing together the plaintiffs’ lawyer and the lawyers for several of the accused companies, Judge LaShann Moutique DeArcy Hall, of the New York East District Court authorized the plaintiffs, in her order, to file a second amended complaint against Michel Joseph Martelly, Jocelerme Privert, Jovenel Moïse, Western Union, CAM Transfert, Unitransfert USA Inc., Digicel-Haiti, Natcom SA and the Government of Haiti, for alleged fraud and scam. Complainants have until April 24 to file their second amended complaint.

Recall that on December 24, 2018 a class action was filed and registered at the District Court of the Eastern District, Manhattan (NY) by Me Marcel Denis, a lawyer of Haitian origin of the firm “Denis Law Group, PLLC” representing the Haitian plaintiffs Odilon S. Celestin, Widmir Romelien, Alexander Goldie Lamothe, Vincent Marazita, who disputed the levies of 5 cents US on each telephone minutes and $1.50 on each transfer of money to Haiti, intended for financing in Haiti the National Fund for Education (FNE). The original complaint concerned “the violation of US federal laws as well as those of the States of New York, Florida and California.”