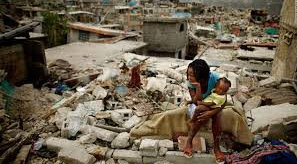 The Trump administration will scrutinize the criminal histories and public benefit usage of hundreds of people living temporarily in the U.S. on protected immigration status before deciding whether to renew their ability to stay in America as conditions in their home countries improve.

The Department of Homeland Security said the agency is looking into “how that data might be used to inform future decisions” related to so-called “Temporary Protected Status” (TPS).

However, immigration experts say a federal review of this information is unusual because recipients of Temporary Protected Status are already screened for criminal history and are not eligible for nearly any public benefits. Violations of these rules can lead to deportation. Further, decisions to extend such stays are usually made based on the conditions in the recipient’s home country.

“If you have a criminal history, whether you are a felon … You don’t get the benefit in the first place,” Leon Rodriguez, former director of the U.S. Citizenship and Immigration Services under the Obama administration, told NBC News.

Immigration advocates worry that the increased scrutiny of Temporary Protected Status could fall in line with Trump’s Jan. 25 Executive Order, which changed immigration enforcement guidelines to consider many more undocumented immigrants in the U.S. for potential removal. The Obama administration policy prioritized the deportation of undocumented immigrants who had committed more serious crimes.

DHS says that they are looking for potential gaps in data collection and “how that data might be used to inform future decisions related to TPS, and how that information can best be conveyed to the United States Congress and the American People,” DHS press secretary David Lapan told NBC News.

Secretary of Homeland Security John Kelly made the requests for this information before he decided on a six-month extension for about 58,000 Haitians who are residing in the U.S. as a result of the devastating earthquake in 2010 that killed an estimated and 220,000 and displaced 1.5 million.

Immigration advocates worry that Kelly’s decision of a half-year extension — rather than an 18-month renewal twice enacted by the Obama administration — has left the Haitian community in limbo as they await a further decision. “TPS is not an immigration program. TPS is a humanitarian program where individuals cannot be returned to their countries safely,” said Jose Magaña-Salgado, managing policy attorney at the Immigrant Legal Resource Center.

Rodriguez thinks these queries are redundant.

“There should not be a misconception that they are going to find some significant percentage of people in any of these populations,” Rodriguez said. “It’s kind of based on a somewhat flawed assumption of what’s going on with that group.”

The administration will need to make decisions regarding Temporary Protected Status for 58,000 Haitians and 86,000 Hondurans by November, and 263,000 Salvadorans by January.