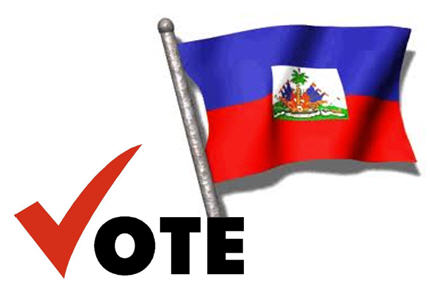 PORT-AU-PRINCE, Haiti (defend.ht) – The Deputy of Anse Rouge regretted that the Haitian Government dilatory enough to allow the Canadian Ambassador to Haiti make a public call for the Government to move forward with the electoral process. For the representative, the administrative should be sharp in doing the work required of its people so that it does not invite the international community to “put its mouth” into the affairs of Haitians.

Deputy Jodson Leroy Rosemond (Anse Rouge/Indep) was referring to the Canadian Ambassador to Haiti’s declaration this week, Wedensday, that the Haiti had a small window, of July to get the Electoral Law passed in order to have elections by year’s end.

For Deputy Rosemond, the administration has not been doing it’s job in getting the law to parliament forcing the Canadian Ambassador to enter his country’s sentiments into Haiti’s affairs.

Haiti was due to hold elections in November of 2011.

The 2013 elections will not happen, even with the continued pressure from Prime Minister Laurent Lamothe. The Prime Minister is doing his best to see elections  organized but there are sectors working against him. When the elections are finally an impossibility, these sectors, such as our Senate and Chamber of Deputies will – yet again – call for his dismissal.

Parliament blew over 7 months sitting on the Electoral Law, before passing it on.

It has several more steps before becoming a reality.

The CEP – Electoral Council – is still not really functioning. Its President, E Menard, has undertaken an extensive redecoration/rebuild of the CEP headquarters building in Petionville, even though it was more than satisfactory before he started, At the moment the time has been removed and structural work initiated. There is no furniture, in the CEP, other than that found in the President’s office.

The work will be finished in 30 days, if the cash is provided. It has not been provided and is not coming over the horizon.

Those CEP staff members, appointed by the Martelly government, have yet to receive their paychecks,as Menard continues to receive his pay from his earlier government position.

It would seem as though the entire effort is aimed at a contrived failure.

Look for resignations from the CEP leadership and its exercise in futility.