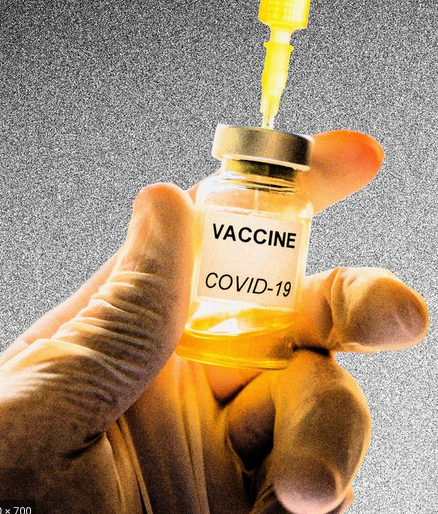 Debate is intensifying over the idea of accelerating the U.S. vaccination campaign by giving people just one dose instead of two for the time being.

The approach, which has the backing of some prominent experts, could essentially double the country’s vaccine supply in the short term. It has also gained ground in recent days after new research on the effectiveness of receiving only one dose, with a second dose planned for a few months down the line when supply shortages ease.

As a more infectious variant gains ground, and roughly 2,000 people die from the coronavirus each day, the clock is ticking to vaccinate as many people as possible as quickly as possible.

But the White House, as well as a different group of experts, is pushing back on the one-dose strategy, saying it’s unproven and risks eroding public acceptance of the vaccines. Further, opponents argue, it could create a breeding ground for new variants or lower the effectiveness of vaccines against different strains.

Still, supporters feel their hand is strengthened by the publication of an Israeli study last week in The Lancet medical journal that found the Pfizer vaccine was 85 percent effective 15-28 days after the first dose.

Two Canadian researchers wrote in a letter to the editor of The New England Journal of Medicine the same week that their analysis of Pfizer data submitted to the Food and Drug Administration finds the vaccine is 92.6 percent effective two weeks after one dose.

“I think it’s gained ground,” said Robert Wachter, chair of the department of medicine at the University of California-San Francisco and a leading proponent of the strategy of delaying the second dose.

“One of the issues was: How well does the first dose by itself work?” he said. “That question is being answered and the answer is: It works quite well.”

There are leading experts on both sides of the debate. Anthony Fauci, the government’s top infectious diseases expert, pushed back on the idea of delayed doses at a White House press briefing Friday, noting it is unclear how long protection from just one dose would last.

He also warned that some variants of the virus, most notably one first found in South Africa, could diminish the effectiveness of vaccines, and that having a stronger immune response from two doses provides more of a cushion against any reduction.

“When you’re dealing with variants, you want enough of a height of a response that even if you diminish it, you don’t diminish it so much to get out of the realm of protection,” Fauci said.

“You might actually, theoretically, be inducing more variants,” Fauci said.

Backers of delaying the second dose, though, say those concerns are theoretical, and there is no evidence that new variants would emerge before the second dose was eventually given a few months later.

“There’s a fair number of theoretical, ‘but what if, but what ifs,’ ” Wachter said.

Christopher Gill, a professor at the Boston University School of Public Health, said if the South African strain were to become dominant in the U.S., it might make sense to stick with a two-dose strategy, but “we’re not in that situation.”

In fact, the variant that is on the rise in the U.S. — the U.K. variant — responds very well to vaccines so it does not pose the same risk of evading one dose as the South Africa variant does.

The broader state of the pandemic also plays a role in setting the tone for the debate. New cases and hospitalizations have been falling significantly in recent weeks, though they are still at extremely high levels.

“The situation looks better than it looked when I first made that proposal,” Wachter said, perhaps lowering the pressure to change course and delay second doses.

With improvements in the state of the pandemic, and a vaccination campaign picking up speed, the White House might “find it too difficult to rock the boat,” he said.

But that could soon change. The Centers for Disease Control and Prevention has warned that the U.K. variant could be dominant in the U.S. by next month, which could lead to a reversal of recent progress and a new spike.

“We need to hurry up and vaccinate as many people as possible,” Gill said.

A change in course, however, also would open up a messaging problem. Significant portions of the public are already declining to get vaccinated, and some fear that if the official recommendation on the vaccine were changed now, it would cause further confusion and distrust of the process. Some people also might never return to get a second dose, once told they could delay it, permanently leaving them with a lower level of protection.

“What worries me is that some people might say, one dose is 80 percent effective, two doses is 95 percent effective, close enough,” Paul Offit, a vaccine expert at Children’s Hospital of Philadelphia, said earlier this month. “I’ll just go with one dose. And then they sort of fall through the cracks. They really never get that second dose, which means they won’t have long-lasting and better immunity.”

One easier decision could be to give just one dose to people who have already had COVID-19, as mounting research indicates is sufficient. “The data look really quite impressive” on that front, Fauci said Sunday on NBC’s “Meet the Press,” though there are logistical challenges such as verifying whether people have had the virus in the past.

Giving one dose to people who already had the virus is an “easier call,” Wachter said. On the issue for the broader population, the Biden administration has a tougher choice, he said. “I don’t envy them.”