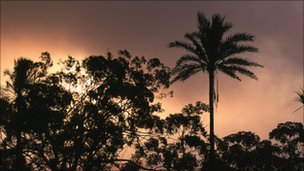 A lonely island in the middle of the South Atlantic conceals Charles Darwin’s best-kept secret.

Today, its peaks are covered by lush tropical “cloud forest”.

What happened in the interim is the amazing story of how the architect of evolution, Kew Gardens and the Royal Navy conspired to build a fully functioning, but totally artificial ecosystem.

By a bizarre twist, this great imperial experiment may hold the key to the future colonisation of Mars.

Its existence depends entirely on what geologists call the mid-Atlantic ridge. This is a chain of underwater volcanoes formed as the ocean is wrenched apart.

However, because Ascension occupies a “hot spot” on the ridge, its volcano is especially active. A million years ago, molten magma explosively burst above the waves.

A new island was born.

Back in 1836, the young Charles Darwin was coming to the end of his five-year mission to explore strange new worlds and boldly go where no naturalist had gone before.

Aboard HMS Beagle, he called in at Ascension. En route from another remote volcanic island, St Helena, Darwin wasn’t expecting much.

“We know we live on a rock, but the poor people of Ascension live on a cinder,” the residents of St Helena had joked before his departure.

But arriving on Ascension put an unexpected spring in Darwin’s step.

Professor David Catling of the University of Washington, Seattle, is retracing Darwin’s travels for a new book. He told the BBC: “Awaiting Darwin on Ascension was a letter from his Cambridge mentor, John Henslow.

“Darwin’s voyage of discovery had already caused a huge sensation in London,” he explained.

“Henslow assured him that on his return, he would take his place among the great men of science.”

At this fantastic news, Darwin bounded forth in ecstasy, the sound of his geological hammer ringing from hill to hill.

Yet, thinks Professor Catling, amid this wild desolation, Darwin began to hatch a plot.

Out of the ashes of the volcano, he would create a green oasis – a “Little England”.

Only a few years after Darwin’s return, Hooker was off on his own adventures, an ambitious slingshot around Antarctica aboard HMS Erebus and Terror. Mirroring Darwin’s voyage, Hooker called in on Ascension on the way home in 1843.

Ascension was a strategic base for the Royal Navy. Originally set up to keep a watchful eye on the exiled emperor Napoleon on nearby St Helena, it was a thriving waystation at the time of Hooker’s visit.

However, the big problem that impeded further expansion of this imperial outpost was the supply of fresh water. 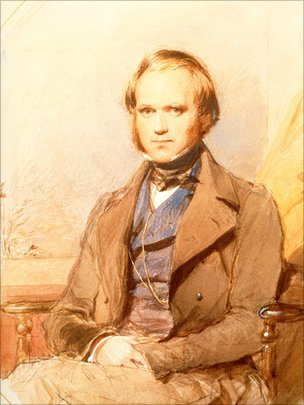 In his twenties, Charles Darwin explored the world aboard HMS Beagle

Ascension was an arid island, buffeted by dry trade winds from southern Africa. Devoid of trees at the time of Darwin and Hooker’s visits, the little rain that did fall quickly evaporated away.

Egged on by Darwin, in 1847 Hooker advised the Royal Navy to set in motion an elaborate plan. With the help of Kew Gardens – where Hooker’s father was director – shipments of trees were to be sent to Ascension.

The idea was breathtakingly simple. Trees would capture more rain, reduce evaporation and create rich, loamy soils. The “cinder” would become a garden.

So, beginning in 1850 and continuing year after year, ships started to come. Each deposited a motley assortment of plants from botanical gardens in Europe, South Africa and Argentina.

Back in England, Charles Darwin and his theory of evolution were busily uprooting the Garden of Eden.

But on a green hill far away, a new “island Eden” was being created.

Yet could Darwin’s secret garden have more far-reaching consequences?

Dr Dave Wilkinson is an ecologist at Liverpool John Moores University, who has written extensively about Ascension Island’s strange ecosystem.

He first visited Ascension in 2003.

“I remember thinking, this is really weird,” he told the BBC.

“There were all kinds of plants that don’t belong together in nature, growing side by side. I only later found out about Darwin, Hooker and everything that had happened,” he said. 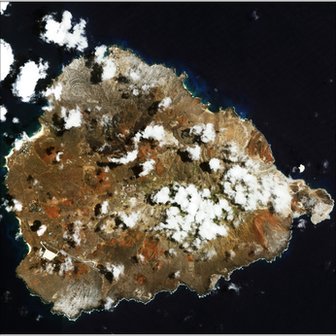 Dr Wilkinson describes the vegetation of “Green Mountain” – as the highest peak is now known – as a “cloud forest”. The trees capture sea mist, creating a damp oasis amid the aridity.

However, this is a forest with a difference. It is totally artificial.

Such ecosystems normally develop over million of years through a slow process of co-evolution. By contrast, the Green Mountain cloud forest was cobbled together by the Royal Navy in a matter of decades.

“What it tells us is that we can build a fully functioning ecosystem through a series of chance accidents or trial and error.”

In effect, what Darwin, Hooker and the Royal Navy achieved was the world’s first experiment in “terra-forming”. They created a self-sustaining and self-reproducing ecosystem in order to make Ascension Island more habitable.

Wilkinson thinks that the principles that emerge from that experiment could be used to transform future colonies on Mars. In other words, rather than trying to improve an environment by force, the best approach might be to work with life to help it “find its own way”.

However, to date, scientists have been deaf to the parable of Ascension Island.

“It’s a terrible waste that no-one is studying it,” remarked Wilkinson at the end of the interview.

Ascension Island’s secret is safe for years to come, it seems.