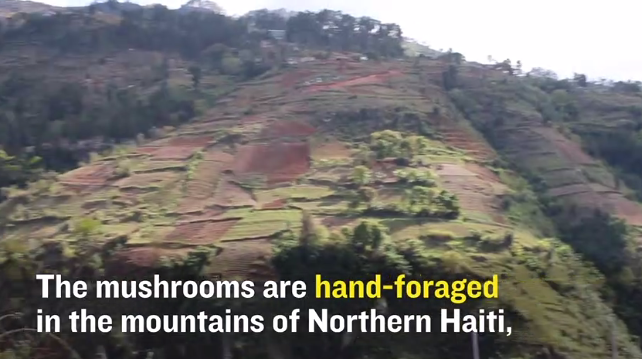 At first glance, this shriveled, funky, black mushroom—known as djon-djon in Haiti—might not seem like much. But after one taste, you’ll understand why I almost made a scene at airport security when a TSA agent tried to remove my special stash from my luggage. Djon-djon isn’t your average dried fungus; it’s a rare delicacy that only grows in what is called “the bread bowl of Haiti,” a mountainous region surrounding the fertile Artibonite Valley. It can only be hand-picked during the rainy season, between August and October, and the dark, miniscule mushrooms can be hard to find—unless you know where to look.

Thankfully, I had Solange as a guide. She’s a professional cook and daily market goer in Port-Au-Prince, and she took me along on her search through Haiti’s busy market streets for the coveted black gold. She warned me in Haitian Creole that the vendors would likely try to raise their prices because I look like a tourist, so I tucked away my camera, removed off my sunglasses and tried to act “cool”. She laughed, grabbed my hand and said, “An ale! [Let’s go!]”. We navigated the roadside market in the beaming sun, looping in and out of tarp-roofed tents, dodging decisive shoppers and mobile vendors who wheeled around with their goods balanced precariously on their heads. 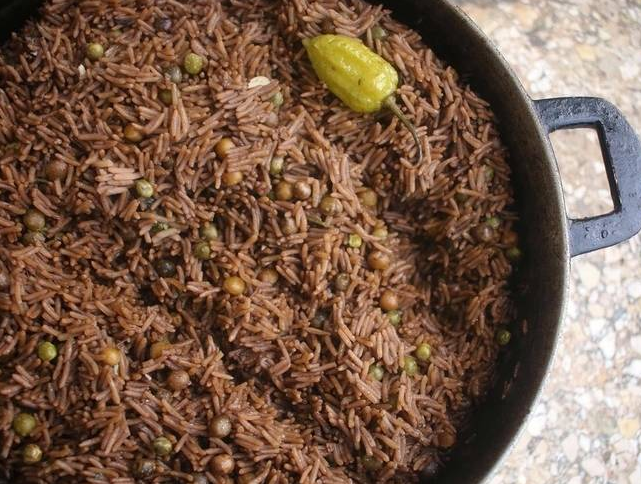 Throughout the morning, we collected cornmeal, hot peppers, parsley, garlic, white beans, and an assortment of greens—but the djon-djon was conspicuously absent. Dejected, we decided to try again the next week. The day before my departure, though, Solange finally found some. She grinned as she handed me the striped plastic bag, and my eyes grew wide as I untied the knot and took in the delightful earthy smell. Djon-djon is also the name of a simple, hearty rice dish, named for its star ingredient, and now that we finally had some, Solange could teach me her ways. She fired up the stove, and we started cooking.