Choice Hotels is opening the first chain hotels to serve Haiti in almost a decade.

A spokesman for the Maryland-based company said Thursday that a Comfort Inn will open in the Caribbean coastal city of Jacmel this May.

The 32-room motel will be owned by a New York-based group of Haitian-American investors. The partners also plan a 120-room upscale hotel at the nearby Belle Rive tourism development this fall.

These are the company’s first hotels in Haiti. Holiday Inn left Haiti several years ago and a planned Hilton hotel was canceled amid political upheaval and collapsing infrastructure.

The United Nations is leading an effort to attract tourism and investment back to the impoverished country. 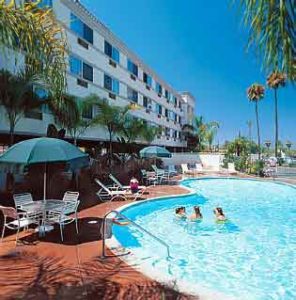 There has been a big upsurge of hotel construction in Haiti. The massive Oasis in Petion-Ville, plus others scattered around the country. Some are buying up existing hotels.

All of this reminds a one of a condominium owner attempting to sell his unit while the entire building experiences a 5 alarm fire.  Perhaps they know something that is not obvious to the rest of the investment community, a community that bases survival by generating an adequate return on invested capital.

The intelligence community is watching hotel development in Haiti. It is said that the last Minister of Finance managed to hold his position, when some tried to remove him, because he held the money for hotels and purchase of hotels. Embassy representatives say they are not sure who owns most of the hotels in Haiti since their “obvious owners” are not the real controlling parties.  The DEA is interested in the money laundering potential.