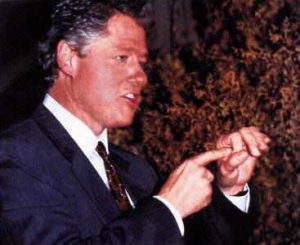 Following Haiti’s catastrophic January 12, 2010 earthquake, billions of dollars in relief aid were raised. Suffering Haitians got virtually none of it.

“There is a significant probability of a major cholera emergency in Haiti in the coming months but resources have been severely diminished.”

Increased numbers of cases were reported in the Artibonite, Nord-Ouest, Nord-Est, Ouest, Gonave island, and homeless camps in Port-au-Prince and surrounding areas.

The Pan American Health Organization (PAHO) estimates another 170,000 new cases by end of 2012.

It’s common practice to divert relief aid to private developers. In 2004, a second tsunami struck Sri Lanka. The first one took 250,000 lives and left 2.5 million homeless throughout the region.

Coastal areas were scrubbed clean. Everything was gone. Sri Lankans living there lost everything. New rules prohibited rebuilding homes where they once stood. Buffer zone restrictions insured it.

Beaches were off-limits to people who once lived there. Displaced Sri Lankans were shoved into temporary grim inland camps. Soldiers prevented them from coming home.

At issue was developing coastal areas for profit. Luxury destinations were planned. Formerly occupied land was sold to commercial buyers. Privatization was the new game.

Displaced residents were entirely left out. What they lost, they never got back. Land grab money making became policy.

Tsunami victims in other ravaged countries suffered the same fate. The pattern repeated everywhere. People were prohibited from rebuilding where they once lived.

What nature wrought, corporate developers and corrupt politicians compounded by stealing their land for profit.

Residents who once lived there were forced out. Politicians conspired with developers to assure they didn’t come back.

History not only rhymes, as Mark Twain once said, a lot of times it repeats. Haitians now suffer like Sri Lankans, other East Asian tsunami victims, and Katrina displaced New Orleans residents.

The last major one came in 1946. A magnitude 8.1 quake struck adjacent Dominican Republic. Haiti was also affected. Earlier catastrophic ones were in 1751 and 1770. Both devastated Port-au-Prince. In 1842 Cap-Haitien was destroyed.
After its worst catastrophe in nearly 170 years, Haitians need food, housing, medical care, clean water, and other vital services, not military forces confronting them repressively. They still do.

So did hundreds of for-profit NGOs. They skim most relief aid donations for themselves. So do corporate developers and other profiteers. They steal private donations and pledged amounts freely. Haiti’s pseudo-government then and now acquiesces.  In January, Bill Quigley and Amber Ramanauskas headlined “Where the Relief Money Did and Did Not Go – Haiti after the Quake,” saying:

Despite billions in pledged and donated aid, “Haiti looks like the earthquake happened two months ago, not two years.”

Rarely does this news get covered. Over half a million people then remained homeless. They still do. Most debris lay where it fell. Cholera was killing thousands. It’s still out of control because too little is done to stop, control, and treat it.

Instead of relief going to help Haitians, it’s given to profiteering companies and NGOs. Haitians then and now ask where did the money go? It hasn’t helped them.

Washington diverted the largest amount. Instead of helping, it sent in the marines, let contracts for corporate predators, and funded well-connected profiteering NGOs. Haitians got hardly anything. They’re still waiting for desperately needed aid.

Their government got 1% of the money. Little went to Haitian companies or local NGOs. Private companies specializing in disasters got funding. Much of what was pledged never came. It happens every time.

“Respect, transparency and accountability are the building blocks for human rights.”

“Haitians deserve to know where the money has gone, what the plans are for the money still left, and to be partners in the decision-making for what is to come.”

Once relief aid stops, they’ll be responsible entirely for solving problems so far not even addressed.

It provided a rare mainstream glimpse at how Haitians have been harmed and cheated.

“On the first anniversary of the Jan. 12, 2010 earthquake, in a sleepy corner of northeast Haiti far from the disaster zone, the Haitian government began the process of evicting 366 farmers from a large, fertile tract of land to clear the way for a new industrial park.”

They didn’t “understand why authorities wanted to replace productive agricultural land with factories in a rural country that had trouble feeding itself.”

Many other troubling incidents followed. Haitians are virtually helpless to stop it.

Sae-A is a South Korean clothing manufacturer. It’s a major supplier for Walmart and other large retailers.

They, like other local manufacturers, want to exploit Haitians lucky to have work no matter how poorly they’re paid and treated. They get below poverty wages. They’re treated little better than slaves.

Two and a half years after the quake, “Haiti remains mired in a humanitarian crisis.” Hundreds of thousands are homeless. They’re largely on their own to survive.

This and other commercial developments benefit profiteers, not Haitians. “Caracol Industrial Park is hardly reconstruction in the strictest sense.”

Its developers downplay labor and environmental concerns. They came to make money, not help Haitians. Sae-A has an odious reputation. It closed its Guatemala factory over troubled labor relations.

The AFL/CIO urged Haiti’s government not to accept them. A detailed memo described “egregious antiunion repression.” It includes “acts of violence and intimidation.” Guatemalan monitor Homero Fuentes called Sae-A “one of the major labor violators.”

Worker Rights Consortium executive director Scott Nova calls the company “a big player in a dirty industry with a track record that suggests a degree of ruthlessness even worse than the norm.”

Other critics expressed concerns about its Guatemalan labor and criminal law violations. Company executives used every dirty tactic imaginable to squeeze out profits. Manufacturing is conducted amidst intimidation, death and other threats on workers.

Environmental considerations were ignored. Despite objections, development went ahead as planned. It includes a heavy fuel oil power plant, a dense housing project, and port on a soon to be lost pristine bay.

Instead of promised “building back better,” profits superseded environmental and people concerns. Local backers and US officials downplayed the enormous damage done.

This one is vast. It comprises nearly a square mile. It’s in Haiti’s north, south of Cap-Haitien. It’s bisected by the Hole of the North River and fed by the Massacre Aquifer.

Land was cleared last year. Small farmers were evicted. The tract resembles “a gravelly lunar landscape. Its perimeter is fenced, and outside the gate, a banner drapes a church, proclaiming ‘Sae-A Loves You.’ ”

It reminds some of Orwell’s “War is peace. Freedom is slavery. Ignorance is strength.”

Sae-A executives see Caracol Bay as a blank slate to develop and exploit as they wish. Haitians have a much different view. Land chosen has a history of foreign exploitation and agrarian struggle. Peasants alternated between occupation and eviction.

Big profits were promised. The industrial park was bait. Away from Haiti’s devastated south, it was ideal.

“The way I see it, in a deep, long, historical way, Haiti was founded by ex-slaves who overthrew a plantation system and people keep trying to get them to return to some form of plantation.”

“There have been cycles of (these) type project(s), where the idea is that foreign investment will modernize the country. But things have gotten progressively worse for Haitians.”

Environmentalists were shocked that the company would anchor a giant industrial park. Before Haiti’s quake, they designated Caracol Bay to become the country’s first marine protected site.

Environmental impact studies weren’t done. After the fact, concerns were raised. It was too late. Caracol’s mayor Colas worries that his city will become another Cite Soleil slum.

He added that he feels like he’s being used. Signing ceremony attendees stop by City Hall, he said. They greet him, but there’s no relationship or involvement in planning or deals signed. Foreigners know more about what’s going on than he does, he complained.

Millions of Haitians have known nothing but brutal exploitation and numbing poverty for hundreds of years.

Stephen Lendman lives in Chicago and can be reached at lendmanstephen [at] sbcglobal.net.

The industrial development, mentioned in this article, is a truly criminal enterprise that will see a bunch of pirates establishing a manufacturing complex within 700 miles of the Continental United States – a major market.

The destruction of valuable farmland is a major crime.

Haiti has a few thousand square miles of land that could be used for inductrial purposes.

Unfortunately, Haiti does not have a government with any sort of social conscience.

Whatever the case may be, there should be a reassessment of this entire project.

It must be relocated.

The key operator must be replaced with a better, more socially oriented one.