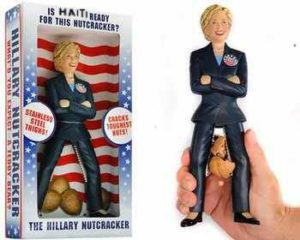 Still, she said that any political differences would not affect U.S. support for Haiti, an already impoverished country devastated by an earthquake last year and a deadly cholera outbreak in recent months.

“We are not talking about any of that,” Clinton told reporters. “We have a deep commitment to the Haitian people. And that (applies) to humanitarian aid, it goes to governance and democracy programs.”

During the cholera outbreak, more than 200,000 people have been sickened and 4,030 have died as of January 24, according to the latest report posted by the public health ministry.

Clinton said Sunday she planned to keep up pressure on the Port-au-Prince government, headed by President Rene Preval, to honor recommendations from the Organization of American States related to who is on the ballot for its pivotal upcoming presidential runoff.

Shortly after the November 28 presidential elections, Haiti’s electoral council announced that former first lady Mirlande Manigat had won but lacked a majority of votes for an outright victory.

Initial results put her in a runoff with Jude Celestin, a protege of the president. The third-place candidate, popular musician Michel Martelly, claimed he had won more votes than Celestin and a review of results by an Organization of American States team supported that contention. That review suggested that Martelly earned a spot in the runoff.

“The international community has been very clear,” said Clinton, alluding to the U.S. support for allowing Martelly on the runoff ballot.

She met with all three potential candidates — Manigat, Celestin and Martelly — during her trip, as well as with President Rene Preval, whose term is scheduled to expire.

“As I understand the situation, there is a constitutional requirement for the date of February 7,” Clinton said in an interview with Radio Caraibes FM. “How that is interpreted and what the president and the people of Haiti decide is up to them, but it is important that the election go forward so there can be a new president.”

On Sunday, Clinton acknowledged “many complications” and “legitimate concerns,” including a tight timeline. But she added that the United States was in sync with the prevailing view of diplomats from North and South America, as well as the United Nations and European Union.

It’s unclear whether Preval’s ruling Inite (Unity) party plans to withdraw its support of Celestin in light of the election review.

Discontent with Preval and his government manifested itself on the streets of Haiti after the preliminary results were announced. Haitians charged vote fraud and burned cars, tires and Celestin’s campaign headquarters in Port-au-Prince.

The electoral council said it will announce the final results of the first round on Wednesday.

The runoff is scheduled for March 20, and final results will not be known until April 16.

Hillary Clinton, and the International Community, have effectively ignored reality- yet again – in Haiti. They have  ignored the real truths about the November 28 elections and buried the real winners.

If there is a God somewhere out there, Reginal Boulos will roast in Hell for his four fraudulant BRIDE Polls that convinced the outside world that Manigat, Celestin and Martelly were the most popular candidates, in the time leading up to the election. These fake polls prepared the International Community for the results of Prevals fixed November 29th election.

Preval was afraid of a Jean Henry Ceant win and set out to remove Ceant from the game, in the first round. His original plan saw Manigat and Baker in the run-off. Preval  picked Manigat as a winner since she has no support among Haiti’s 9,000,000 people and could/can be easily controlled.

So we have Manigat, Celestin and Martelly, instead of the real results of an honest poll…Ceant, Baker, Martelly.

Clinton didn’t even take the time to meet with Group of 12 members, the candidates who were betrayed by Preval’s CEP and their election. Their betrayal is also the betrayal of the nation.

Clinton, and the American government are now pressing for a fatally flawed result as – yet again – they try to force a round peg into a square hole.

There is only one solution, a solution that will save the US Government a great deal of embarrassment, and the Haitian people another 5 years of hopelessness.

Remove Preval from the game.

Then support the winner in his efforts to save the Nation.

You will note that I said HIS efforts to save the nation because Manigat has no chance of winning a free and fair ballot.. A new election will show that her popularity is in the very low single digits while Ceant/Baker sit near the top.  At one point, Ceant had 42%.

As a side issue, Clinton might well go for Michel Martelly since Madame Martelly has worked for the Americans, with USAID, for 25 years.

3 thoughts on “Clinton: Major concerns surround Haiti presidential elections, but her concern to discover truth doesn’t see her meet with the real winners for the run-off Jean Henry Ceant and Charles Baker.Added COMMENTARY By Haitian-Truth”