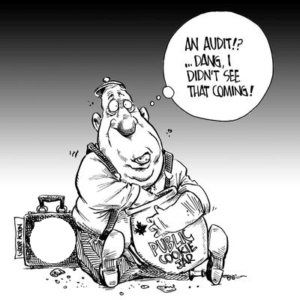 PORT-AU-PRINCE, Haiti – A pro-business fund that was created by former U.S. Presidents Bill Clinton and George W. Bush in the aftermath of Haiti’s devastating earthquake nearly three years ago will cease operations at the end of this month, an executive for the organization said Friday.

Meg Galloway Pearce, vice president of marketing and communications, told The Associated Press that the Clinton Bush Haiti Fund will terminate Dec. 31 because it will have spent all the $54.4 million it raised from businesses, organizations and individuals.

The group will no longer accept donations or proposals.

“We never intended to be an ongoing operation,” Pearce said by telephone. “Now that the money is gone, we step back.”

The Washington-based fund was formed shortly after the 2010 earthquake at the request of U.S. President Barack Obama, who asked the two former presidents to lead private fundraising efforts — initially for immediate relief and then for long-term reconstruction projects that sought to create jobs. The goal was to wean Haiti from aid dependency and help develop the country’s private sector.

The money was awarded in grants, loans and equity investment and went toward more than 50 private enterprises. Some of the investments involved long-standing development practices such as a microcredit bank or apparel manufacturing. But some of the money went into emerging sectors such as an insurance company, a project that seeks to introduce mortgages to low-income families and a nonprofit group for providing solar energy in a country without enough power.

“Their money has had a direct impact for thousands of kids, allowing them to do their homework, because there’s no electricity in the schools,” said Jean-Baptiste Certain, the Haiti project manager for the U.S.-based Solar Electric Light Fund. “It also brought fish on the table for eating and selling.”

Certain’s Solar Electric Light Fund received a $500,000 grant from the Clinton Bush Haiti Fund to use photovoltaic cells to power 20 schools and a fish farm in a remote area in the central part of Haiti.

On its website, the Clinton Bush Haiti Fund said it created or sustained up to 7,350 jobs and trained as many as 20,050 people.

Still, the Clinton Bush Haiti Fund prompted some Haiti observers to wonder why the country needed another international agency to focus on developing private businesses instead of on brick-and-mortar reconstruction or agricultural projects.

Pearce and several board members will visit Haiti next week to follow up on the status of projects. They will attend the opening of a high-end hotel called the Royal Oasis, a 10-story building that will include an art gallery, three restaurants, a commercial bank and shops.

The Clinton Bush Haiti Fund awarded the project a $2 million equity investment, along with $275,000 to the Oasis Foundation, a nonprofit arm of the hotel that seeks to raise the standards of the country’s hotel industry by training workers.

COMMENT: HAITIAN-TRUTH.ORG
One is hard-pressed to see where the $54,000,000 was wasted. The fund makes vague claims about creating 7500 jobs and training 20,000 or so people. Really hard to prove.

Investments not listed so no one really knows where they are located. A fish farm in an isolated area…Means that we can’t easily go to see it.

And, my goodness me, a $2,500,000 investment in the Oasis Hotel a luxury place that no real Haitian will ever enter, except as a servant. An expensive hotel, with ultra-expensive shops. I guess I am just a simple person because I feel intimidated just wandering around the place – and it is still under construction.
The people building the Oasis can afford to fund the place themselves. And what does “an equity position” mean. Does this mean Clinton has an interest in the place?

This fund, like so many other pools of cash, went uncontrolled. Who knows where the cash went. As they said in Watergate…”Follow the money.” Unfortunately, in Haiti, there are few trails to follow when the cash goes in plain paper bags.

I would suspect that many high-level people, in the States, would go to jail if there was any way to audit these massive pools of cash that didn’t do anything for Haiti.