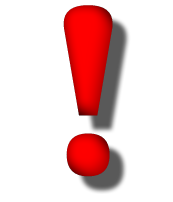 HAVING THE PNH GUARD HIM IS LETTING THE WOLF GUARD THE CHICKENS… UN SUPPOSEDLY “SUPERVISING” BUT THIS IS A CASE OF THE FOX GUARDING THE HEN-HOUSE SINCE UN ALSO INVOLVED IN KIDNAPPING. REMEMBER, MANY ELITE AND 260 POLICE, PLUS 20 BANK BRANCHES INVOLVED. A DEAD CLIFFORD BRANDT REMOVES ALL THREAT.  AMERICANS SHOULD STEP IN AND TAKE CONTROL OF PRISONER SAYING AT LEAST ONE AMERICAN WAS KIDNAPPED BY GANG.