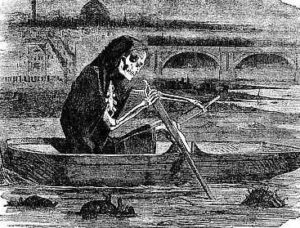 Port-au-Prince –  The number of deaths in Haiti from the cholera epidemic afflicting the poverty-stricken nation since mid-October has risen to 3,333, the health ministry said Friday.

According to a bulletin posted on the ministry’s Web site, the fatal disease has affected 148,787 people, of whom 83,166 were hospitalized, though 80,962 of them have since been released from medical care.

Cholera, which had been eradicated in Haiti until its reappearance in October, has spread to all 10 of the country’s provinces and to the neighboring Dominican Republic, where 139 people have been affected, though no deaths have been reported.

The hardest hit province is Artibonite, where 828 people have died, followed by Nord with 558 deaths, Oueste including the capital with 461, and Grande’Anse with 433.

The origin of the disease is still not entirely clear, but a French medical study asserts that it resulted when Nepalese soldiers participating in the U.N. Mission for the Stabilization of Haiti, or Minustah, dumped human waste from their camp into a river out of which Mirebalais residents drew their drinking water.

The epidemic comes as Haiti is still struggling to recover from the Jan. 12 earthquake that left roughly 300,000 dead and more than a million people homeless.