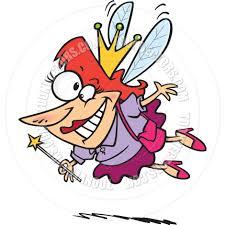 Special to The Globe and Mail

Bjorn Lomborg is director of the Copenhagen Consensus Center

Host to a large diaspora population, Canada has long focused much of its official and private aid toward Haiti – the hemisphere’s poorest country. Recently though, it has pulled back: Haiti fell from top recipient of aid in 2010 to 16th place in 2015.

The Canadian government has set out to examine different ways of making money spent in Haiti achieve more – whether by foreign governments, philanthropists, or Haiti itself, which has an annual budget of $2.5-billion. Canada funded a project led by my think tank, the Copenhagen Consensus, to generate data about ways to boost prosperity and health.

Haiti has deep needs almost everywhere you look: Health problems include the highest rates of infant, under-5 and maternal mortality in the Western Hemisphere; roads are poorly maintained; education access is low, especially for girls and rural children.

But it is also a country with many opportunities for development. Haïti Priorise commissioned 45 research papers from economists from Haiti and abroad, to identify the opportunities that will achieve the most for every dollar spent. Researchers studied proposals as diverse as linking farmers to the international carbon market, setting up flood-warning systems, expanding the legal-aid network, creating a paid paternal-leave policy to get more women into the formal work force and teaching young children in their native language of Creole instead of French. All ideas came from Haitian civil-society and sector experts.

A panel of Haitian economists and a U.S. Nobel laureate considered all 85 specific proposals before issuing a prioritized list which they presented to President Jovenel Moïse.

The idea isn’t to impose on Haiti or Canada what the top priorities should be. But the studies can provide inspiration and valuable policy-making input. One theme that emerges in the top priorities list: proposals that take advantage of the short window before and after birth, when the largest difference can be made to a child’s life. These are both short- and long-term investments, with lives saved almost immediately, and improved for generations.

Lifting immunization coverage to 90 per cent by 2020 for children under the age of one is a no-brainer; it would save more than 16,000 lives over the next five years, according to research by Haitian economist Magdine Flore Rozier Baldé. Costing just $48-million over five years, benefits are $17 for every dollar.

Access to education at a very young age can create the conditions for adult success. A long-term Jamaican research experiment shows this can help children’s cognitive development, lead them to learn more and ultimately become more productive in adult life, raising earnings by 35 per cent. Education economist Atonu Rabbani’s research shows that in Haiti, every dollar spent on early childhood education would generate returns to society worth $14. As well as raising future income, early childhood education can decrease the chance of incarceration and reduce the impact of nutritional deficiencies.

The panel also endorsed investment in reducing the “hidden” scourge of micronutrient deficiency. Stephen Vosti of the University of California, Davis, and his co-authors proposed adding iron and folic acid to wheat flour when it is milled or bagged. Spending around $6.6-million over 10 years to fortify 95 per cent of wheat flour would annually prevent 140 neural-tube-defect deaths and more than 250,000 cases of anemia. The Haitian President was so impressed that he has undertaken to make sure that this fortification happens.

For children to contribute meaningfully to Haiti when they grow up, it’s vital to improve the conditions for doing business. Many people suggest Haiti’s biggest economic barrier is the lack of reliable electricity. The average Haitian consumes just 39 kilowatt hours over a year. To put this into context, Haiti’s neighbours in the Dominican Republic use about 40 times as much. Haiti’s annual per capita usage is the same as what is needed to run one average Canadian fridge for one month.

The panel’s top-ranked proposal was to reform the provider, Electricité d’Haïti. It is insolvent and requires an annual subsidy of $250-million. About 70 per cent of electricity produced is lost or stolen. Researchers Juan Belt, Bahman Kashi, and Jay Mackinnon of Limestone Analytics found that reform would cost about $45-million. They suggest changing the institutional and regulatory framework, corporatizing and reforming the provider, and establishing cost-reflective tariffs. If successful, a second phase would see limited funds provided to continue improvement in service delivery and financial efficiency. The result would be a significant reduction in losses and more reliable electricity. Each dollar would generate $22 of social benefits.

Copenhagen Consensus is working with Haitian ministries and the government to advance the top solutions. Both Canada and Haiti are also better equipped to focus on the solutions that will do the most good for every dollar spent.

Here are the top-10 solutions for Haiti

1. Reform electricity utility
Improving the legal regulatory framework to create the conditions for an autonomous, accountable and efficient electric utility. It will substantially reduce the losses experienced by Electricité d’Haïti. This will cost $45-million. Benefits are worth $978-million.

2. Wheat flour micronutrient fortification
Adding iron and folic acid to wheat flour during milling in Haiti. Spending $6.6-million to fortify 95 per cent of wheat flour will avert 140 neural tube defect deaths and more than 250,000 cases of anemia annually. Benefits are worth $157-million.

3. Early childhood stimulation
Providing two years of teacher-led education before primary school for 516,000 children. This will cost $139-million annually. This will mean higher earnings for children when they grow up. Benefits are worth $2.3-billion.

4. Train first responders
Providing several days of first-aid training to volunteers across the country. This will cost $1.6-million and save around 700 lives every year.

5. Immunization for children 0-1
Amplifying infant immunization coverage to 90 per cent by 2020. This will cost $48-million over five years. Over five years, 864,000 additional children will be immunized, and 16,000 lives saved. Benefits are worth $642-million.

6. Maternal and newborn health
Providing health care for pregnant women and newborns. Reaching 95 per cent coverage will cost $219-million. This will reduce the maternal mortality rate by 65 per cent, saving the lives of more than 500 mothers and 3,000 newborns.

7. Access to contraception
Expanding sexual and reproductive health services to meet 100 per cent of unmet need will cost $30-million annually, cut under-5 mortality by 70 per cent, reduce maternal mortality, and create a ‘demographic dividend’.

9. Expand mobile broadband
Increasing mobile broadband penetration to 50 per cent over five years and installing an undersea cable to support the increased traffic will cost $1.1-billion. This will stimulate economic growth and reap benefits worth $13.6-billion.

10. Electronic port custom system
Computerization of procedures at the Port of Cap-Haitien to lower costs for port services, which will also increase customs revenue and decrease smuggling. The benefits are worth more than C$100 million.

Another well-meaning foreigner who could be smoking something. He is obviously not aware of the Haitian realities.

QUOTE “Connecting Haitian farmers to the international carbon market.” UNQUOTE  They would probably think this is a charbon market, generated by cutting trees for charcoal.  Farmers need SEEDS not abstract ideas from outer space.

He tosses numbers around with reckless abandon.
He suggests simple solutions – to the outside mind- without realizing what it does internally.

An abandonment of reality.

The suggestion that someone develop a system to collect fees for electricity is a neat idea –in Beverly Hills, or Toronto.

Not in Port-au-Prince where Cite Soleir- a bidonville –  uses more power than up-scale Petionville, much of this via the Cumberland – wires tossed over power lines to supply electricity to poor homes.

If we cut off the Cumberland, we must find a way to pay the poor enough to afford electricity, or create some sort of social funding process. Any process in Haiti will cost more than the “disease.”

The Nation already privatized much of the power generation capability, with the creation of 2 groups E-POWER and SOGENER. This has resulted in very expensive electricity and criminal per kilowatt hour charges.
WE NEED REFORM OF THE SUPPLIERS – TO LOWER CHARGES – NOT BETTER BILL COLLECTION.

Surely those studying Haiti realize this basic reality. ELETRICL POWER IS ALREADY IN THE HANDS OF A FEW. THE FACT THAT MANY POOR DON’T PAY IS A SOCIAL ISSUE, NOT SIMPLE MATHEMATICS.
WHAT PART OF “NO MONEY” DON’T YOU UNDERSTAND.

QUOTE: “Computerization of procedures at the Port of Cap-Haitien to lower costs for port services, which will also increase customs revenue and decrease smuggling. The benefits are worth more than C$100 million.” :UNQUOTE

What suicidal idiot would ever try to implement this basic concept? There is a strong Mafia here that would kill anyone involved.
WOW!!
I am sure that this study cost many millions that would have been better invested in rice and beans for our starving kids.

Before a person is allowed to create stupid studies like this they should be required to live in Haiti for a year. 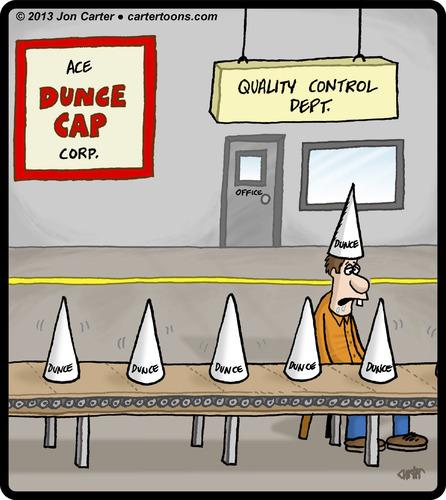