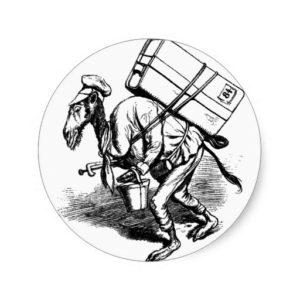 U.S. and Canadian governments warn citizens about an increase in crime in Haiti ahead of the country’s busy summer travel season, and amid an ongoing political impasse over delayed elections.

The U.S. and Canadian governments are warning citizens planning to travel to Haiti about an uptick in violence in the Port-au-Prince metropolitan area especially near Port-au-Prince’s international airport.

“You should exercise a high degree of caution due to high crime rates in various parts of the country and ongoing political tensions,” the Canadian government said in its June 24 travel update that had a regional advisory for the Port-au-Prince metropolitan neighborhoods of Martissant, Carrefour, Bel Air and Cité Soleil.

“Foreign Affairs, Trade and Development Canada advises against non-essential travel to the neighborhoods… as the security situation is particularly unstable and dangerous.”

Canada updated its Haiti travel advisory after more than a dozen Canadian tourists were attacked this month by robbers as they left the Toussaint Louverture International Airport. Days earlier, the consular section of the U.S. Embassy in Port-au-Prince issued a similar warning, although the State Department has not updated its March Haiti travel advisory.

“The U.S. Embassy has noted a recent increase in the number of travelers who have been victims of robbery shortly after departing Toussaint Louverture International Airport in Port-au-Prince,” the message to U.S. citizens in Haiti read. “In most cases, victims report that they were followed by armed individuals on motorcycles shortly after leaving the airport and robbed of cash and other portable valuables.

“To minimize the risk of becoming a victim, we recommend that U.S. citizen travelers have their host/organization meet them at the airport, minimize the amount of cash and valuables they carry, and do not resist handing over possessions if threatened.”

According to statistics kept by the U.N. Peacekeeping Mission in Haiti, there were 73 homicides so far in June compared to 54 in May; 66 in April and 45 in March. The 378 total for the year is still far less than what some Caribbean countries register, but it comes as a volatile Haiti prepares to enter its busy summer travel season. Haitians in the diaspora routinely visit the country in July and May for hometown festivals, and the now annual Carnival of Flowers at the end of July in Port-au-Prince.

Gary Desrosiers, a spokesman for the Haitian National Police, said police are concerned about the situation, “and we are working on rectifying it.” He said while there isn’t a general explanation for the trend, in some cases, travelers are being targeted by their own family members who join forces with bandits.

“It’s similar to what we used to see with kidnappings,” he said.

Earlier this month, the government launched a new security operation that included increased police presence on the streets of Port-au-Prince and additional equipment following a surprise shake up in the Haitian National Police in which the highly respected police director of the Port-au-Prince region was abruptly replaced.

So far, the new security efforts have yet to bear fruit as Haiti wrestles with a stagnant economy, and a political impasse over delayed local and legislative elections continue to trigger violent protests. Foreign embassies have noted there have been more than four dozen violent anti-government protests since January, and diplomats have joined human rights activists in voicing concerns about excessive use of force by police during recent marches.

He said the spike in crime will be discussed Thursday during a meeting of the Superior Council of the Haitian National Police (CSPN). CSPN members include the prime minister, ministers of justice, interior, defense and inspector general of the police.

“The entire police force is working to do away with this problem,” said Brunache, adding that police presence has increased around the airport.

Brunache said several factors can be blamed for the spike, including ongoing gang rivalries in the Martissant neighborhood and declarations by anti-government opponents that they “are at war” with the government.