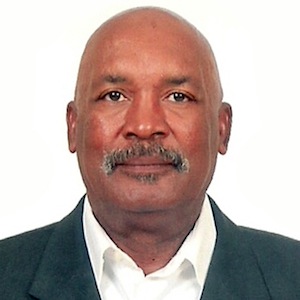 LES CAYES, Haiti (sentinel.ht) – Businessman Daniel Evinx, a 2010 Digicel Entrepreneur of the Year finalist, hotelier, considered the representative of the Presidency in Aux Cayes, became the latest “close” friend of President Michel Martelly to be arrested for trafficking and possessing drugs. Evinx and another individual were arrested after retrieving 23 kilos of marijuana off the southern coast of Haiti.

Government Commission of Les Cayes, Jean-Marie Saloman says he was alerted by police in nearby Port Salut on Monday, September 9, that substances, which appeared to be marijuana, had been placed on the property of Daniel Evinx.

Saloman said having been alerted, he unsuccessfully tried to obtain the accompaniment of a Justice of the Peace in order to execute a search warrant. Therefore on Thursday, September 12, “the Government Commissioner with the right to investigate all suspicions of crimes”, said Saloman, went with officers of the Police National d’Haiti (PNH) and soldiers of the United Nations Stabilization Mission (MINUSTAH), and entered the private premises of Daniel Evinx where 23 kilos of marijuana was discovered.

Daniel Evinx confirmed that on Monday, while aboard his yacht with a friend, he had come upon items floating in the water. His friend said, “what are those floating there? Those are drugs.”

Evinx says he was about to leave the objects in the water but instead, “as a good citizen”, decided to check if truly they were drugs and if they were, he would open up the packets and dump them into the water.

Upon confirming one of the packets contained drugs, Evinx says he decided to take the kilos to his home and says he called the police to come pick them up.

Commissioner Saloman rejected the claim that it was Daniel Evinx, himself, who called the police to his home.

Saloman says he had received around 11:30 AM on Thursday a phone call from the police of Port Salut who say they confirmed the possession of the substance at Evinx’s home and it was a few minutes after this call, “when Evinx realized we were coming to get him,” said the Commissioner, that they received a call from the interested party, Daniel Evinx, who provided his alibi.

09.14.2013: Former Senator Gabriel Fortune believes administration will remove Saloman if it has not already. Vision 2000

Police in Aux Cayes have since released Daniel Evinx from detention.

It is rumored that Commissioner Saloman will be replaced by Yves Olivier. As of Saturday morning both have denied receiving any such official correspondence from the Ministry of Justice.

Former Senator and Former Departmental Delegate for the Martelly Administration, Gabriel Fortune, believes the government will remove Commissioner Saloman because it is a government that is actively involved in drug-trafficking and Evinx is a worker for the administration.