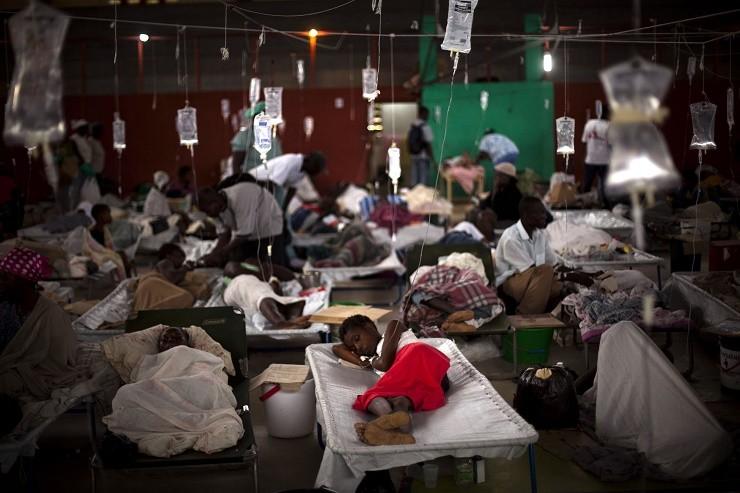 In early August of 2014, the Ebola virus was rapidly spreading through small towns in three West African nations, and doctors were losing the fight to control the outbreak.

David Nabarro, a British physician with more than 30 years of public health experience, had just been appointed coordinator of the United Nations’ Ebola effort. As he worked with the African governments and tried to galvanize international support from a variety of financial sources, Nabarro couldn’t escape the worrying questions from donors.

“Do you know what you’re doing? Do you have a strategy that’s sensible that we can buy into? Do you have the confidence of the national governments?” Nabarro — who ended up raising $3.5 billion to fight Ebola — recalled more than one donor asking him. “There was a question mark always over whether or not we had a strategy that made sense, whether or not we knew what we were up to.”

Nabarro, 67, is once more fielding the same kinds of questions. Only this time, his fight isn’t Ebola — which earlier this year was declared under control by the World Health Organization — it’s Haiti’s deadly cholera outbreak.

Known for his organized mind, results-oriented style and willingness to take personal risks to achieve the task at hand, Nabarro is known as the go-to guy who helps the United Nations respond to “really tricky situations,” as he put it. He was tapped last month by U.N. Secretary General Ban Ki-moon to oversee the response to cholera, which has killed 9,393 and sickened 790,840 as of Aug. 20, according to Haiti’s Ministry of Health. 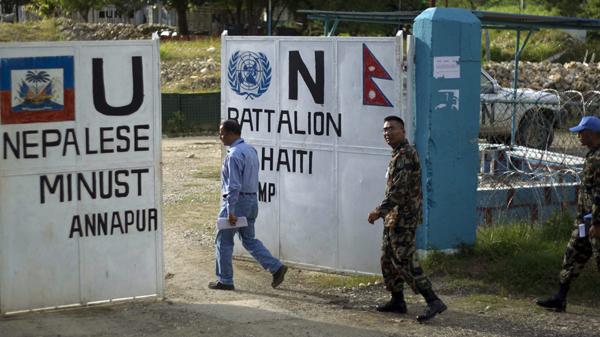 The high profile appointment comes as the United Nations finally admits that it played a role in Haiti’s October 2010 cholera outbreak. Ban for the first time publicly expressed “tremendous regret and sorrow at the profound suffering of Haitians affected by cholera” during his opening speech at the U.N. General Assembly earlier this month.

The acknowledgments follow years of litigation on behalf of cholera victims. Scientific studies traced the outbreak to Nepalese soldiers stationed near a river in the rural town of Mirebalais after the devastating Jan. 12, 2010, earthquake. And a U.N. expert recently issued a confidential report blaming the organization for the water-borne disease.

Pledging to intensify the fight against cholera, Ban has announced that he will propose a support package in the coming months. And Ban is looking to Nabarro, a one-time World Health Organization functionary now vying for the top job, to do for cholera what he did for Ebola: galvanize governments and raise money. 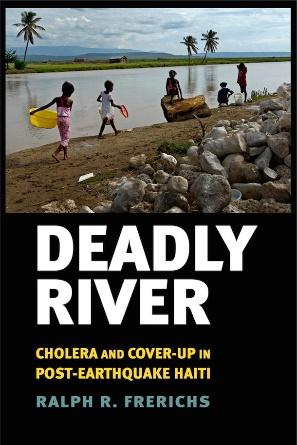 “I have no illusions about this. It’s going to be tough,” Nabarro told the Miami Herald. “But I am not scared by it.”

Nabarro said the proposal would have an initial price tag of $360 million to $400 million — about half of which will be used to address the immediate cholera crisis and the longer term issues of water and sanitation and the rest as part of a material assistance package for victims and families affected by the disease.

Dr. Renaud Piarroux, a French physician who has studied cholera in Haiti since its arrival, said the forthcoming plan will be different from the 10-year, $2.2 billion cholera elimination plan Ban and Haitian authorities announced in December 2012. That plan, which did not target cholera but instead focused on improving access to latrines and health, among other issues, is only 24 percent funded so far, the United Nations said.

“Basically, that plan said, ‘We will get rid of cholera by making Haiti a rich country,’” said Piarroux, who participated in the preparation of the new plan. “It was not targeting cholera, so we didn’t find any money to do any of that and it was very expensive.”

Under the new strategy, Nabarro will help Haiti go after smaller chunks of funding, and cholera will be tackled in the field, Piarroux said. Adults will be vaccinated, more rapid response teams will be dispatched within 24 to 48 hours of an infection, and the infrastructure will be improved in places where cholera is rooted. 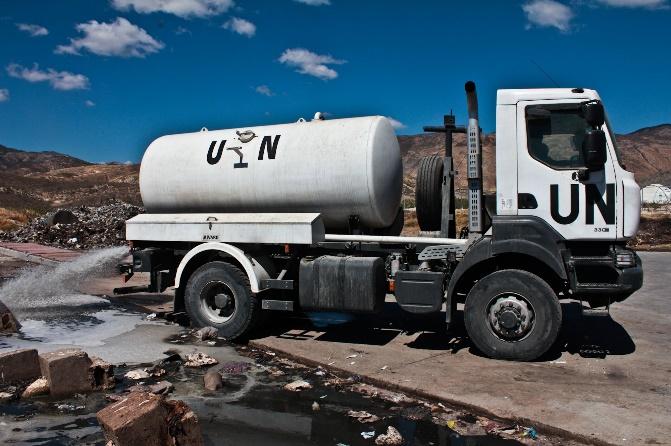 “We can eliminate cholera,” he said.

Still, Piarroux wonders whether the international community, already suffering from Haiti fatigue, is committed to helping Haiti rid itself the disease.

“We hope that the urgent appeal of the secretary-general for the implementation of a program to substantially reinforce the fight against cholera and provide assistance to victims and their families will be heard and fully meet the expectations of the Haitian people,” Privert said. “The resurgence of cholera cases in recent months is today one of the most acute challenges in Haiti. It illustrates the significant deterioration in the humanitarian situation.”

Unlike the Ebola epidemic, which killed about 11,000 and sickened 28,000 and dominated international headlines, cholera has largely been ignored. Funding drastically decreased a year ago, forcing local non-governmental organizations in Haiti to cut rapid response teams by a third, which Nabarro learned when he made an unannounced trip to Haiti in August to investigate the epidemic.

“[They] were saying we can do better,” he said. “They really are not able to get to all of the people within 24 hours or even 48 hours; sometimes it takes even longer.”

Rapid response, experts say, is key to catching the disease before it becomes fatal.

The rains in May and June worsened the problem, triggering a 30 percent spike in cholera cases.

After his Haiti visit, Nabarro managed to get the United Nations to borrow about $10 million internally, money he has agreed to repay from fund-raising.

Ralph R. Frerichs, the author of a book, “Deadly River, Cholera and Cover-up in Post-Earthquake Haiti,” that chronicles cholera’s rise in Haiti, said the United Nations needs to solve the problem.

“There is a very simple premise: The U.N. brought it and they should get rid of it. They can get rid of it by planning,” he said. 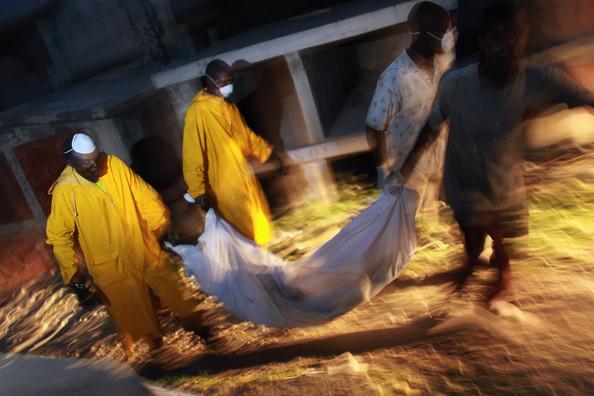 This is not the first time the U.N. has put someone in charge of raising money for Haiti’s cholera crisis. Pedro Medrano Rojas, a retired Chilean diplomat, served as senior coordinator for the cholera effort. He left at the end of his 18-month tenure last year disappointed by the international community’s failure to “acknowledge the fact that we have in Haiti the largest epidemic in the western hemisphere.”

Nabarro said this time will be different because Haitians and donors seem ready to help. “There is a real outpouring of gratitude for the secretary-general to be willing to speak out about it in the way that he has. There is almost a collective relief,” Nabarro said. “There is a collective sense that ‘This happened as a result of us trying to help a country, and it’s really unfortunate. But we have to do something about it.’ I like to feel that over the last six years, there has been reflection and a recognition on the part of many of our members that … the people of Haiti are still affected by cholera and there is still a sense of injustice.”

But the checks from donors haven’t started rolling in yet.

“I’m starting a dialogue with them, starting to share our thinking with them so that they become partners with us in this effort,” Nabarro said. “They really understand the challenges;, they know a disease like cholera is difficult to get under control in a country like Haiti with such low levels of sanitation. They know we’re really keen to deal with all of the different dimensions. They know that we want to do it in a sensible way that’s fair.”

And though Nabarro hopes to make time to campaign for the post as head of the World Health Organization, his main focus is Haiti’s cholera epidemic. Tackling it falls under his other job as special adviser to Ban for the 2030 agenda for sustainable development goals.

“It’s really hard to get long-term social and economic development in an environment where sanitation is so non-existent,” he said. “Access to decent toilets and the capacity to practice your bodily functions in private is importation for so many reasons. At the heart of it is human dignity, what being a human is all about.” 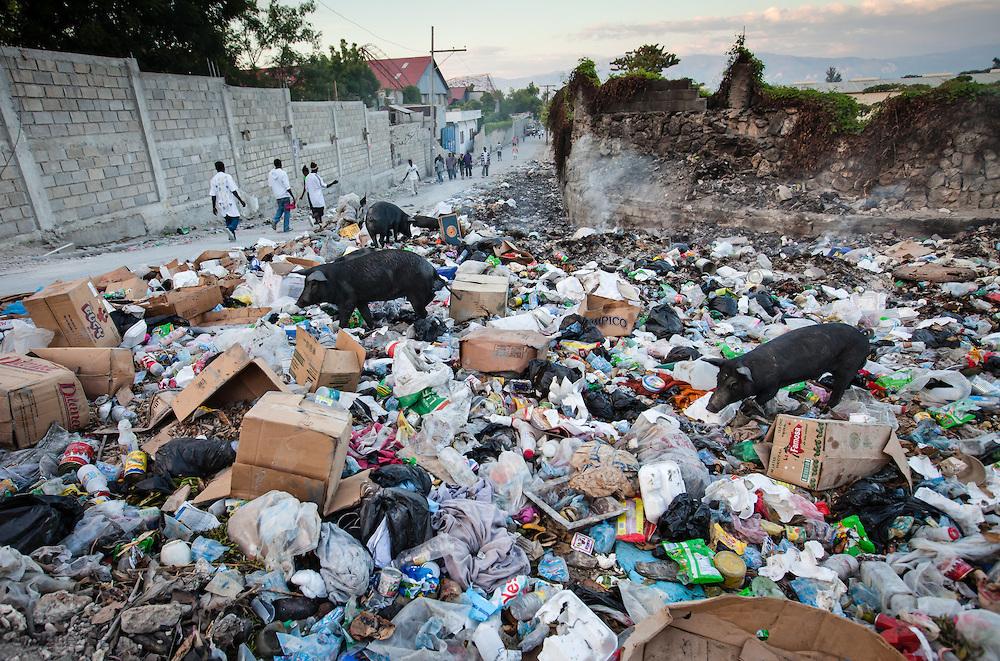