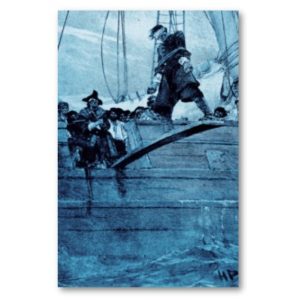 When Brazilian diplomat Ricardo Seitenfus was abruptly ousted as special representative of the Organization of American States (OAS) in Haiti on Christmas day, timing proved to be everything. The story has barely created a ripple of controversy in the US media. Seitenfus, a respected Brazilian diplomat and scholar, made statements to the Swiss newspaper LeTemps that criticized international meddling in general and the United Nations and NGOs in particular.

The Latin American Herald Tribune confirms Seitenfus was fired and did not quit, citing a source that demanded anonymity.

The United States may be successful in “managing” lame duck president Rene Préval as the WikiLeaks Haitian cable DECONSTRUCTING PREVAL suggests, but so far the US State Department has been unable to manage the international press, notably the Swiss and the Swedish, as they continually break compelling stories of candid remarks by diplomats assigned to Haiti. Recall that it was the Swedish who broke the story that cholera originated from the United Nations (MINUSTAH) camp in the central plateau Artibonite River Valley while MINUSTAH was in full denial mode.

So what did Seitenfus say that has ruffled so many feathers?

In response the presence of MINUSTAH in Haiti, Seitenfus advocated on behalf of Haitians who feel that the United Nations has worn out its welcome. Seitenfus said that the U.N. had “imposed” U.N. troops in Haiti and that Haiti’s “proximity” to the United States accounts for “negative attention from the international system,” making Haitians “prisoners on their own island.”

Haiti is not an international threat. We are not experiencing civil war. Haiti is not Iraq or Afghanistan. And yet the Security Council, since lack of alternative, imposed peacekeepers since 2004 after the departure of President Aristide. Since 1990, we are here in our eighth UN mission. Haiti since 1986 and saw the departure of Jean-Claude Duvalier’s what I call a low intensity conflict. We are faced with struggles for power among political actors who do not respect the democratic game. But it seems to me that Haiti, the international arena, essentially paying its proximity to the United States. Haiti has been the subject of negative attention from the international system. It was for the U.N. to freeze the power and transform the Haitian prisoners in their own island. The anguish of boat people largely explains the decisions of international vis-à-vis Haiti. We want at any price they stay home.

The presence of non-governmental organizations (NGOs) takes an even harder hit with diplomat Seitenfus citing a “maléfique ou perverse” (evil or perverse) relationship between the government of Haiti and NGO’s operating in country. This statement speaks directly to international meddling by “amateurs.”

Since the earthquake, Haiti has become a crossroad. For transnational NGOs, Haiti has become a place of forced passage. I would say even worse than that of (lack of) training. The age of cooperating who arrived after the earthquake is very low, they landed in Haiti without any experience. And Haiti, I can tell you, is not suitable for amateurs. After Jan. 12, because of massive recruitment, the professional quality has declined significantly. There is an evil or perverse relationship between the strength of NGOs and the weakness of the Haitian State. Some NGOs exist only because of the misfortune of Haiti.

Testimony by Haitian grassroots organizations support Seitenfus’ allegations, and this video by
Ayiti Kale Je is a stark commentary on colossal waste by NGOs.

Seitenfus, was also OAS’s delegate to the Interim Haiti Reconstruction Commission, or IHRC. U.N. Special Envoy and former President Bill Clinton co-chairs the IHRC, and Clinton’s statements on the election controversy as well as the U.N. presence and the role of NGOs have been confusing, at best. Clinton has contradicted his own State Department and the US Embassy in Haiti, which both expressed concern that Haiti’s Provisional Electoral Council’s [CEP] announcement of preliminary results from the November 28 national elections are “inconsistent with the published results of the National Election Observation Council (CNO).”

Clinton said, “They have agreed I think, the (electoral) commission, to have a second look at the votes with objective and informed observers. I think that course may offer the best opportunity for the people of Haiti to accept the result. We need an objective view of this count.”

Was Clinton advised of the firing of a key member of his commission?

The Secretary General of the Organization of American States (OAS), Albert Ramdin has denied that IHRC delegate Seitenfus was forced out because of his candid remarks, but the free Haitian press is not buying it.

“The notorious lack of credibility of the OAS in Haitian affairs makes us doubt this explanation, (is it) voluntary departure or (is) resignation required?” Haiti Libre asks.

This all comes after Haitian President Rene Préval told the OAS that he (Préval) will only endorse the OAS request to delay the announcement of the disputed national election vote recount if OAS absents itself in the actual recounting of the vote. Préval may have been worried that the vote would not go his way.

Two days after Préval requested technical assistance from OAS for the verification of the disputed election results, the Secretary General of the OAS, Jose Miguel Insulza, asked Préval to delay the announcement of the final results, which were due on Monday December 20. OAS requested the delay because of the Christmas holidays, and in order that there be more time to prepare a team of technical experts to head into Haiti. Préval originally agreed to submit the OAS request to Haiti’s Provisional Electoral Council (CEP).

OAS Assistant Secretary General Ambassador Ramdin, the man who allegedly fired Seitenfus, was deeply involved in election discussions, according to the OAS website.

Two things come to mind. OAS is tied closely with MINUSTAH and civil society groups and Seitenfus’ candid remarks on behalf of the Haitian people could not have sat well with any of them.

There is another piece of this puzzling pie that has gone unexamined and it involves Preval’s ultimatum to OAS to pull out of the recount.

According to Haiti Libre, “President Préval has confirmed that he agreed to ask the Provisional Electoral Council (CEP) not to announce results, as long as the OAS did not participate in the verification process results (recount and verification of the minutes).”

Puzzling, since it was Préval who requested that OAS establish an international team of six people to review the disputed results.

It is doubtful now that the recount can be completed in time for the scheduled January 16 date for the runoff.

OAS’s Ramdin, keeps expressing “hope” that the votes can be certified, but it seems to be a moot point.

Did Préval try to force the hand of OAS? Why the constant delays in a recount that has done little to protect the integrity of the ballots?

Here is eyewitness testimony from CBC on ballot stuffing, tearing and fraud.

Consider that the firing of Seitenfus, and Preval’s cat and mouse game with the OAS has taken place over the holidays, one wonders if there will be any justice for the disenfranchised of Haiti. Hundreds of thousands of voters were prevented from taking part in the elections –1,074,056 voters out of 4,694,961 registered — and it seems doubtful justice will be served.

RNDDH believes it is urgent to find a solution to this post-election crisis that can no longer endure. However this solution will certainly not come from the creation of an audit committee that will verify the election proceedings at the Tabulation Centre. It will require the creation of a climate of sincerity that ensures the validity of the vote, the punishment of perpetrators and accomplices of electoral law violations committed during on election day, and the re-commencement voting in regions where it was disturbed.

And what does Hillary Clinton’s State Department think about all of this? Well, we asked them after they asked us to contact them with any questions after we wrote the piece on Bill Clinton.

On December 18 an official at the US embassy in Haiti replied that State was “aware” of the OAS statement of the elections, but wanted more details before issuing their own statement.

We are still waiting.

Meanwhile, there is always Haiti Libre, Ayiti Kale Je, and the Swiss and Swedish Press for a fallback on the story of the UN and NGOs in Haiti.