By Jeb Blount 15 hours ago 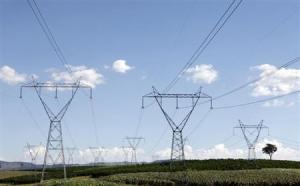 RIO DE JANEIRO (Reuters) – Brazil is fighting against time to avoid crippling power blackouts and electricity rationing as a drought prevents the world’s most water-rich nation from recharging its hydroelectric dams.

A decade of growth has diversified the electricity system away from hydropower, but policymakers, industrial companies and investors in the world’s seventh-largest economy may find little cause to relax.

“Rationing or not, the drought’s impact on Brazil will be large,” said PSR Director Jose Rosenblatt. “There’s no way to avoid it.”

Hydro reservoirs, which generate two-thirds of Brazil’s power, are at near-record lows. To keep the lights on and factories open, all of the country’s main thermal power plants are running full throttle as an estimated 600,000 visitors prepare to arrive for the June start of the soccer World Cup.

The situation is already testing the government of President Dilma Rousseff as October’s presidential election nears.

The risks of rationing and costs associated with the drought threaten growth and investment in the country, Standard & Poor’s said on Monday when it downgraded the credit rating on Brazil’s foreign currency debt.

The administration said on March 13 that it will cost 12 billion reais ($5.2 billion) in 2014 to rescue utilities forced to pay record-high prices to replace cheap hydro with more-expensive power from natural gas, coal and oil plants.

That will probably drive up inflation this year and next. At nearly 6 percent, the rate is close to the top of the government’s target band. If the 2001-2002 drought is any guide, Brazil’s expected 1.7 percent 2014 growth rate could fall to 1 percent or less, according to Brazilian bank BTG Pactual SA.

Rationing, the bank says, is the worst option, but higher power prices for a steel mill or mine would cut corporate profit almost as surely as assembly lines or shops shut by rationing.

For Rousseff, even more is at stake. Without rain, her re-election chances may narrow despite a strong early lead in polls.

“The credibility of the government rests on Rousseff’s handling of the drought,” said Guilherme Schmidt, an energy industry lawyer and partner at L.O. Baptista in Rio de Janeiro “For Rousseff, this is personal.”

The government blames the problem on “Sao Pedro”, which is Portuguese for St. Peter, the heavenly agent Brazilians associate with rain. But many analysts say the problem has as much to do with government policy as it does with precipitation.

“Rain is a factor, but not the only one,” said Joao Carlos Mello, president of Sao Paulo energy consultancy Thymos Energia. “It’s also failed policies and poor management.”

Since the 2001-2002 crisis, energy policy has been a major issue for the government, and no major Brazilian politician is more linked to the issue than Rousseff.

As Lula’s energy minister and then his chief of staff, Rousseff was determined to avoid another rationing crisis. Images of new power lines and massive hydroelectric plants figure prominently in her campaign to win a second four-year term in October.

In September 2012, she added another goal: to cut residential electricity costs by 20 percent. Hydro-dam operators were allowed to renew expiring leases on key assets early, but only if they slashed prices. The move, popular politically, caused electricity shares to plunge. Many now worry that state-run Eletrobras and other utilities will not have the cash to finance investments needed to meet rising demand.

While Rousseff’s cuts are still in place, the timing of annual rate reviews means the higher cost of replacement power will hit utility bills after the election.

Rates could rise up to 20 percent, which would wipe out the popular 2012 cuts that were part of Rousseff’s efforts to expand consumption, especially for poorer Brazilians.

On one level, she has succeeded. The system is more robust than in 2002, when about 80 percent of Brazil’s electricity capacity was hydro. Today, hydro makes up 68 percent, a share that is still one of the world’s highest.

“We have been building new capacity at a rate faster than growth in demand,” said Mauricio Tomalsquim, president of the EPE, the government’s energy planning and research company. “This has been a bad year for rain, but our simulations for rainfall show that rationing is highly unlikely.”

Without the new gas, coal and oil capacity built since 2002, Brazil would already be turning off the lights.

In February, reservoirs in Brazil’s Southeast and Central West, the country’s top industrial and agricultural regions, were only 35 percent full, compared with a 15-year average of 66 percent for the month. More than halfway through normally rainy March, water levels are still at 35 percent.

To ease the shortfall, the Southeast-Central West region, home to 60 percent of Brazil’s demand, put an average of 6,260 megawatts of thermal power onto the grid in February, enough for 9 million people.

But that may not be enough. Thirty percent of the government’s planned capacity is behind schedule, and some plants sit idle for lack of transmission lines, PSR says.

Without more rain, Brazil ought to order a 5 percent power cut between May and October, a period covering the World Cup and elections, BTG Pactual said in a March 17 report.

“Adjusted for days of hydro demand, the situation of Brazil’s reservoirs is worse than in 2001, when rationing was unavoidable,” the report said. Steelmakers Gerdau SA and Usiminas SA are among the most likely to suffer from higher electricity costs or rationing.

In a worst-case scenario, putting off a 5 percent cut soon could lead to cuts as much as 20 percent later, the report said.

But even without rationing, the cost of replacement power would probably exceed the combined cash flow of the country’s distribution utilities, said Paulo Pedro, executive president of Abrade, Brazil’s large power users association. Consumers and taxpayers would help pay the bill.

The government, though, shows little concern. The energy minister rates the rationing risk at “zero.” Even government critics say Brazil has a good, if falling, chance to avoid cuts. In January, PSR put the risk of a cut of 4 percent or more at 17.5 percent. In February that rose to 23.8 percent.

“What should be a technical problem is now an economic and political problem,” said Sylvie D’Apote, partner and director of Prysma, a Rio de Janeiro energy research group. “Rousseff will do everything to put off the impact until after elections.”