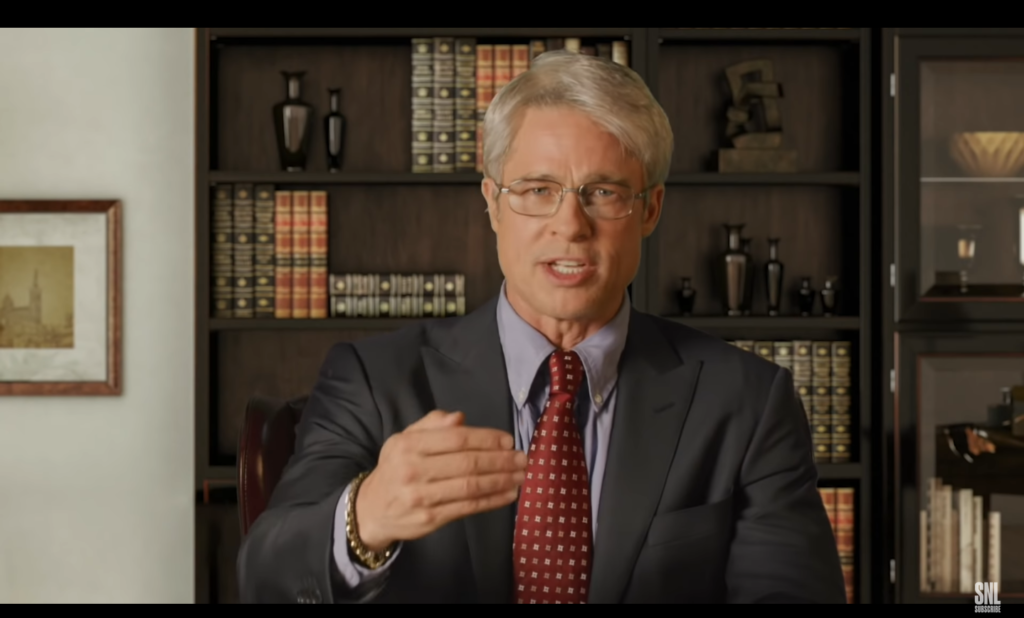 Brad Pitt impersonated Anthony Fauci, director of the National Institute of Allergy and Infectious Diseases, in the latest episode of NBC’s “Saturday Night Live at Home,” using the opportunity to call out a series of President Trump‘s statements about the coronavirus pandemic.

Pitt, whom Fauci previously mentioned as his pick to portray him in a “Saturday Night Live” skit, opened the show by noting that “there’s been a lot of misinformation out there about the virus.”

“And yes, the president has taken some liberties with our guidelines. So tonight I would like to explain what the president was trying to say,” Pitt’s Fauci said before rolling a series of clips, including Trump’s comments about testing and treatment options.

After a clip showed Trump saying that a vaccine would be produced “relatively soon,” Pitt’s Fauci said, “Relatively soon is an interesting phrase.”

And now, a message from Dr. Anthony Fauci. #SNLAtHome pic.twitter.com/LYemNAWaAT

“Relative to the entire history of Earth? Sure, the vaccine is going to come real fast,” Pitt’s Fauci said. “But if you were going to tell a friend, ‘I’ll be over relatively soon’ and then showed up a year and a half later, well, your friend may be relatively pissed off.”

The next clip showed Trump saying the virus would “disappear” and that it would be “like a miracle.” 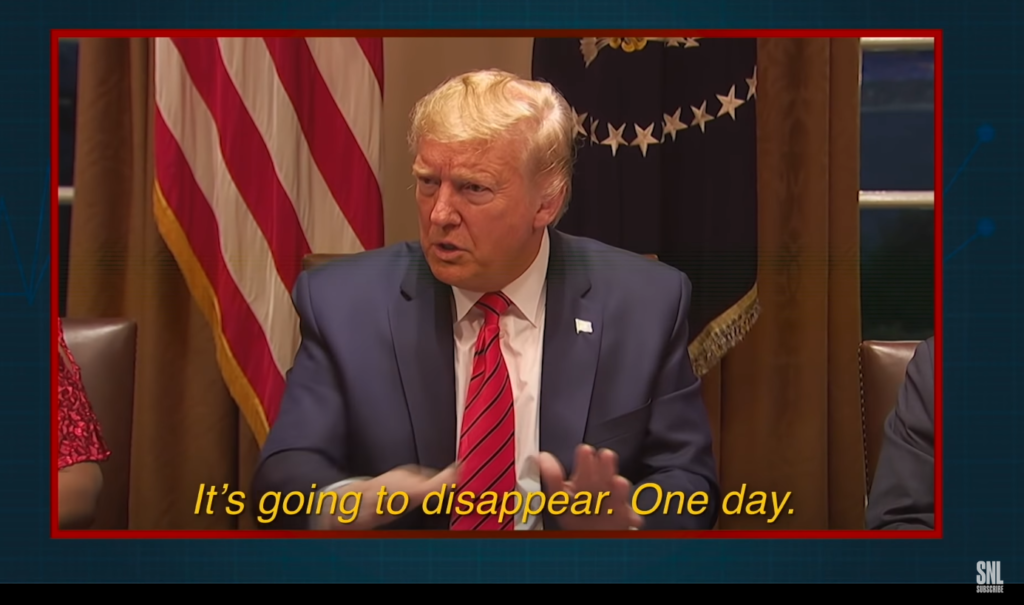 “A miracle would be great!” Pitt’s Fauci quipped. “Who doesn’t love miracles? But miracles shouldn’t be plan A.”

“Even [Capt. Chesley “Sully” Sullenberger] tried to land at the airport first,” he added, referencing the pilot who safely landed a commercial plane in the Hudson River.

Pitt’s Fauci then went on to call out Trump’s early rhetoric about testing availability. In response to Trump saying almost everyone can get a test, Pitt’s Fauci said, “What he meant was almost no one.”

He also addressed whether Trump was planning to oust Fauci from his role on the White House coronavirus task force.

“Yeah, I’m getting fired, but until then, I’m going to be there, putting out the facts for whoever is listening. And when I hear things like, the virus can be cured if everyone takes the ‘Tide pod challenge,’ I’ll be there to say, ‘Please don’t,'” Pitt’s Fauci said before taking off his wig and spectacles and sending a direct message to the “real Dr. Fauci.”

“Thank you for your calm and your clarity in this unnerving time,” Pitt said. “And thank you to the medical workers, first responders and their families for being on the front line.”

Fauci has emerged as a high-profile figure amid the outbreak of the coronavirus, which has infected millions of people worldwide, including about 939,000 people in the U.S. COVID-19, the disease caused by the virus, has caused approximately 53,000 confirmed deaths in the U.S., according to a Johns Hopkins University database.

Fauci’s added celebrity amid the crisis led CNN earlier this month to ask him about the chances of someone impersonating him on “Saturday Night Live.” Asked about the prospect of Pitt taking on that responsibility, Fauci said, “Oh, Brad Pitt, of course.”