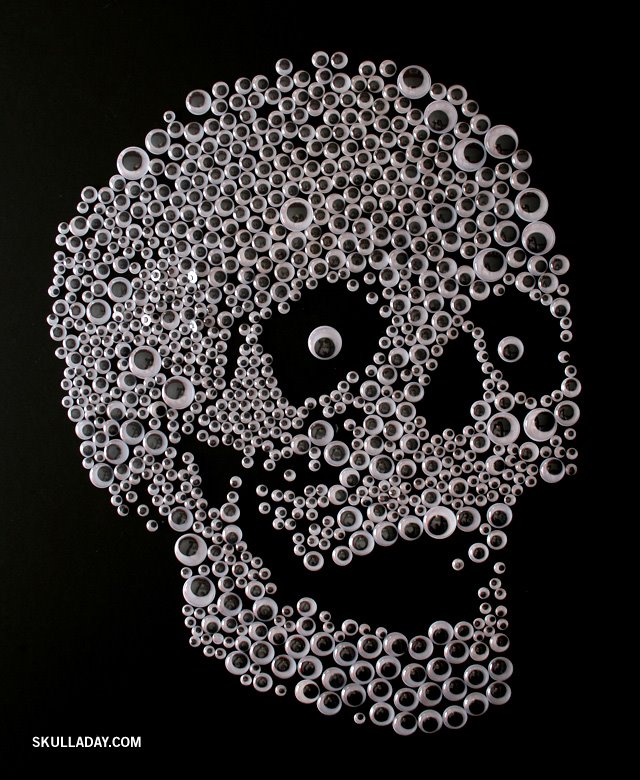 Mathieux Saint Fleur has been virtually blind for two decades. In less than 24 hours, he will see again.

As the 75-year-old Haitian patient lies on an operating table, a U.S. eye surgeon-turned-politician reassures him in broken Creole that the surgery is almost over.

“People need to be encouraged it’s not much longer,” said Republican presidential candidate Rand Paul, an ophthalmologist by training, without taking his eyes off Saint Fleur.

As many of Paul’s competitors courted voters in Iowa and New Hampshire over the last week, Kentucky’s fiery junior senator joined a team of eye surgeons on a four-day mission to Haiti, giving vision to nearly 200 who would not have been blind if they lived in the United States. But here in the poorest nation in the Western Hemisphere, “curable blindness” from common ailments such as cataracts is normal.

“If Jesus can give me back my vision, I will be happy,” said Saint Fleur, who would soon have a cataract almost the size of a dime removed from his left eye. The aging man, who balances himself with a worn walking stick, said he wanted his vision back simply to see his family again.

He was among scores of Haitians — adults and children — who streamed through the hallways of Vision Plus Clinique, a nondescript, two-story building set in the heart of Haiti’s largest north-coast city and guarded by a team of armed police and a private security detail for the mission.

Despite the humanitarian focus, Paul’s precarious place in the 2016 presidential contest was never quite forgotten.

Considered a formidable White House contender for much of the last year, the first-term senator’s standing in the GOP field has suffered following billionaire businessman Donald Trump‘s sharp rise. Declining poll numbers could jeopardize Paul’s place in next month’s prime-time debate as he struggles to attract major donors to fund a national network borrowed from his father’s passionate following.

Paul acknowledged his recent struggle during an interview at a Cap-Haitien hotel, where razor-wire protects the outer walls and raw sewage flows into the nearby ocean.

“It’s sort of like a schoolyard. Once you got ’em down, everybody piles on,” Paul said of the 2016 contest. “And I’ve been under a dog pile for a couple of weeks.”

There may be cause for optimism, however, in the face of Gary Heavin, a cigar-chomping billionaire and Republican donor who was at Paul’s side much of the week, having arrived with the senator and some of the other doctors on his private jet.

Heavin, the Texas-based founder of the Curves health club franchise, has been active in Haitian charity work since a 2010 earthquake left more than 100,000 dead and millions homeless in the nation’s capital, Port-au-Prince. Roughly 75 percent of the country remains without electricity.

“If I support anyone in the Republican Party, it’s him,” Heavin said in an interview outside the clinic while Paul worked with patients inside. He said he has the capacity to donate more than $10 million and would back Paul if “confident in his ability to influence the process.”

Paul has worked aggressively to broaden his support beyond the small, but passionate group of his father’s loyal supporters. Yet many prominent donors and GOP establishment figures have balked, largely because of the younger Paul’s foreign policy views.

Like his father, former Rep. Ron Paul, Rand Paul favors a dramatically smaller footprint in the world. He has proposed federal budgets that would eliminate virtually all U.S. funding to foreign governments.

He didn’t back off such positions while in Haiti.

“The U.S. has had a big role for many, many years here,” said Paul, who also is seeking re-election to the Senate. “It hasn’t fixed things.”

“We borrow it from China to give it to Haiti. That’s not charity, that’s just bad policy,” he added, encouraging private donations instead of government support. He didn’t rule out government aid altogether, however, particularly for food and water “in an immediate disaster.”

At the eye center, at least, it was easy to find evidence that Paul’s privately funded mission made a difference.

The trip was organized by the University of Utah’s Moran Eye Center, which regularly leads trips designed to train local doctors and address “curable blindness” in poor areas around the world. Cataract surgeries often take no longer than 20 minutes, allowing teams of volunteer surgeons to perform dozens in a single day. The Haiti group completed 109 surgeries on the three days Paul was on hand and expected to finish nearly 200 by the time the full group left the country on Saturday.

On Tuesday morning, the day after his surgery, Saint Fleur sat in a room crowded with patients quietly waiting for the bandages to come off.

He was speechless for a few moments after the white gauze was peeled away. Then he began to smile.

“I see! I see!” he said, joy spreading across his face. And with shaking hands, he began reaching out for nearby medical staff, hugging anyone he could and affectionately touching their faces.

Saint Fleur then spoke directly to Paul: “If it’s for money, I could not do this. I have no money,” he said through an interpreter. “God sent you to me.”