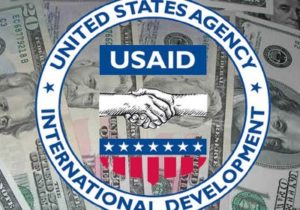 PORT-AU-PRINCE — A post-earthquake housing program in Haiti funded by the U.S. Agency for International Development (USAID) has delivered only a quarter of the planned number of homes at nearly twice the budgeted cost, according to a government audit.

The project was part of reconstruction efforts in Haiti, where a devastating earthquake in January 2010 killed more than 200,000 people, destroyed about 105,000 homes and severely damaged over 200,000 others.

The temblor left almost 1.5 million people homeless in what was already the poorest country in the Americas.

Quality controls and environmental standards in the USAID housing program were not always followed by contractors, said the audit, published late on Tuesday, adding that the agency widely underestimated the cost and complexity of building homes in Haiti.

But 18 months after the scheduled end of the project, only 906 new houses have been completed and less than 6,220 sites fitted for construction while the budget jumped from $55 million to $90 million.

The agency said the program was hampered by land tenure disputes that forced it to focus building mainly on government-owned land.

“What’s clear today is that efforts by USAID to help Haitians address their housing needs continue and are succeeding despite the many challenges of working in Haiti,” said John Groarke, USAID’s mission director in Haiti.

Some 328,000 people who were displaced by the quake have been helped by the USAID program, Groarke said.

Last week, the International Organization for Migration (IOM) said more than 137,000 Haitians are still living in camps of makeshift homes four years after the earthquake.

Among families that have been offered a voucher that would cover a year’s rent in a permanent home, some have returned to living in the camps after realizing their incomes are not enough to pay for rent once the voucher runs out, the IOM said.

USAID is now assisting the Haitian government to convert some of the camps into more permanent communities by building roads and other infrastructure to help them from becoming slums, the agency said.

COMMENT: HAITIAN-TRUTH.ORG
USAID really couldn’t, and never has been able to, organize anything.
Remember the coffee project that swallowed $5,000,000 and never planted one coffee tree.
The house fiasco is just another USAID boodoogle  that sees millions blown on innefficient projects that see a major percentage gobbled up in wages for incompetent.
The housing project saw USAID planning to build houses at something like $26,000 each.   The Mission of Hope wanted to participate in the project and was already building houses, to the same specs/standard as the USAID requirement, for $16,000. The MOH had already built 450 houses. Of course, USAID said they “were not qualified” but could not explain what would be required for “qualification.”
And soo the crime continues to waste American taxpayers dollars, denying Haitian the opportunity for a better life.