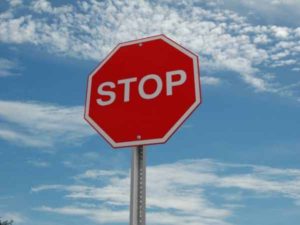 Elections officials announced that they plan to delay releasing preliminary results until Monday.

PORT-AU-PRINCE — Haiti elections officials are delaying the announcement of preliminary elections results in the country’s presidential and legislative elections until Monday.

The preliminary announcement over who won the March 20 runoff presidential elections that pitted Michel “Sweet Micky’’ Martelly, 50, against former first lady Mirlande Manigat, 70, was due Thursday.

But on Tuesday, elections officials released a communiqué saying that the volume and verification of the vote required that the announcement be delayed by four days.

“The volume of the tally sheets examined by the lawyers in the vote tabulation center has been augmented significantly,’’ the announcement said. “The tabulation center’s primary mission is to protect the integrity of the election and the vote.’’

Because of this, “the verification process by the lawyers is much larger and more complex and longer for each tally sheet particularly for those regarding the presidential elections,’’ the communiqué said.

Workers must open all of the bags and verify the voting identifications with barcode readers. The bags and tally sheets are also inspected for tampering.

Also impacting the process are a number of recommendations the Organization of American States asked elections officials to put in place following the chaotic and fraud-ridden first round to ensure the integrity of the vote.

Foreign observers say some fraud is being discovered, although different from the simple ballot stuffing of the first round.

Watch out, like a pedophile, the the International Community is “grooming” the Haitian people for a screwing.

The so-called “Will of the People”…  was shown  in a massive demonstration of power….as they voted 80/20 for Martelly over Manigat.

Since that time, many elements have worked to justify neutralizing the true power of Martelly’s popularity.

His past mistakes are brought up..

Haitians 8 to 2 wanted him and it is their Democratic right to choose competence, incompetence, good, bad or indifferent…or should we remain with a dictatorship inflicted by the foreigner??

Let’s accept that and get on with life!!