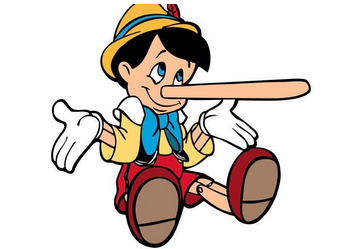 By Jay Weaver and Jacqueline Charles

Since the July 7 assassination of Haitian President Jovenel Moïse, the growing cast of shadowy characters swept up in the investigation has resembled a scrambled jigsaw puzzle.

One of those characters, a Doral businessman, has just spoken out — in writing, through lawyers — to deny any intentional involvement in the killing and to claim he was duped by other malevolent actors, including a business associate.

Issuing a detailed “news release” to tell their client’s story is highly unusual, but so is the tangle of conflicting and outlandish stories coming out of Haiti.

Antonio Intriago, who has not been criminally charged, heads a company called CTU Security. The company provides protective services and security-related equipment. It was hired to provide security services for a Haiti-born physician with ambitions to lead his homeland.

Dr. Christian Emmanuel Sanon, who frequently traveled back and forth between Haiti and South Florida, is now in custody in the Caribbean nation in connection with Moïse’s assassination, along with several members of his security team — a team hired through Intriago’s firm.

Hoping to dig deeper into that connection, federal agents carried out search warrants at Intriago’s home and business. But his lawyers said in their news release that Intriago had already voluntarily turned over his cellphone and other electronic devices containing emails, messages and business records — so eager was he to show he had no involvement in any wrongdoing.

In the “news release,“ Intriago’s lawyers said the Venezuelan émigré was “the victim of an elaborate scheme by Haitian individuals to assume power,” including Sanon. 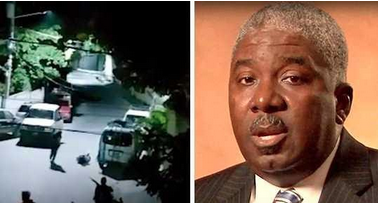 Sanon is accused by the national police of recruiting 26 Colombian gunmen and two Haitian Americans — through CTU — to kill the president in order to further his own “political objectives.”

But if Sanon’s plan to assume the presidency involved killing Moïse, Intriago had no idea, Intriago’s lawyers said.

In their written declaration, the lawyers pointed toward a fired Haiti Supreme Court justice, Windelle Coq Thélot, saying she had become involved in the machinations and asked the CTU-recruited team to assist her in executing an arrest warrant against Moïse.

Thélot has not been seen publicly for a week, since Haitian police issued an arrest warrant for her in connection with the president’s killing. In an interview, Thélot told the Miami Herald that she has no connection to CTU Security or to the killing of Moïse.

In the news release, Intriago’s lawyers acknowledge that their client had learned that the CTU team had been asked to assist Thélot — but only in an attempt to arrest the president, not to kill him. The lawyers assert that Moïse was already dead when the security team arrived at the president’s home.

“Mr. Intriago was not in any way involved in the plotting to or killing of President Moise,” wrote Gilberto Lacayo, Christian Lacayo and Joseph Tesmond, the legal team, in the news release. “The [CTU] security contractors had no part in the death of the president. … It is our belief that the president’s own bodyguards betrayed him.”

Intriago’s legal representatives provided no evidence to back up that claim.

Intriago finds himself at the center of parallel Haiti and U.S. criminal investigations — the former alleging he played a supporting role in what happened to the Haitian president and the latter focusing on whether the businessman and his associates violated the Neutrality Act. 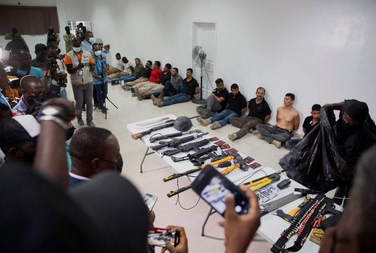 The Neutrality Act makes it illegal for an American citizen to wage war against any country at peace with the United States, including attempting to overthrow its government.

Intriago’s principal criminal defense attorney, Tesmond, said in a text message that he sent the U.S. Attorney’s Office a letter on Wednesday to request that prosecutors preserve “any and all evidence of any type from any U.S. government agency … in anticipation of potential future litigation.”

Fellow defense attorney Gilberto Lacayo said Intriago’s goal was to provide security for Sanon, including his plans for energy infrastructure projects in Jacmel and other Haitian cities. But he said the CTU Security owner was not aware of Sanon’s plan to overthrow the leader of Haiti’s government either through violent or peaceful means.

Over a two-week period, Intriago’s lawyers agreed to meet with Miami Herald reporters and share records that might shed light on their client. The meeting never occurred. Instead, they disseminated the news release — along with a cache of documents.

Not among the documents was CTU Security’s contract with Sanon, who is a pastor in addition to being a physician. That item might explain the formal understanding of the arrangement between Sanon and CTU. Also not included in the batch of documents was the company’s loan agreement with a South Florida businessman that was supposed to underwrite the cost of the security team protecting Sanon.

The Herald has learned the loan amount was for $172,000 — brokered by a Weston businessman named Walter Veintemilla, who raised the money from private investors — and it was to be paid back by Sanon with assets from the Haitian government after he took power.

Veintemilla’s lawyer, Robert Nicholson, told the Herald that the loan to CTU was meant to provide security for Sanon in his quest to replace Moïse, and to help the firm obtain future security jobs for energy projects once Sanon became president. Nicholson said Sanon, Intriago, Veintemilla and others discussed the plans at multiple meetings in South Florida, including at the Tower Club in Fort Lauderdale, but that the goal was for a peaceful transition of power in Haiti.

Sanon, who has lived off and on in South Florida for at least 25 years, was introduced to Intriago by another Haitian American, James Solages, who was arrested in Haiti as part of the assassination case, according to sources familiar with their relationship.

Solages and another Haitian American in custody, Joseph Vincent, have told Haitian investigators that they worked solely as translators for the Colombians hired by CTU, and they too insist the plan was not to kill Moïse but to arrest him and take him to the presidential palace, where they would then install Sanon as the transitional head of a state.

The pretext for the ”arrest” would have been a dubious 2019 arrest warrant issued against Moïse “for assassination” by Investigative Judge Jean Roger Noelcius. No other details were provided in the document, a crumpled copy of which was found in one of the homes occupied by some of the suspects. 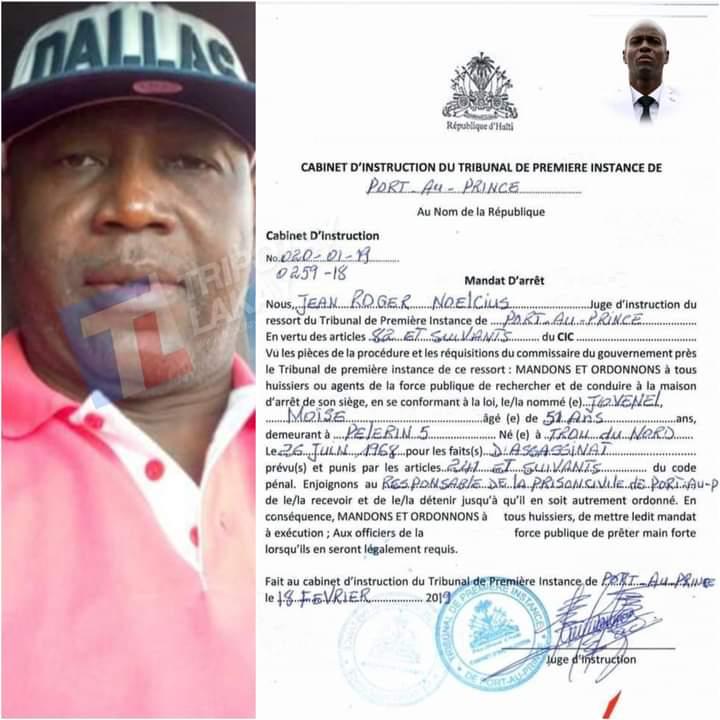 Noelcius’ whereabouts are unknown, and the warrant’s validity has been questioned by human rights defenders in Haiti who became aware of the warrant when another group of Haitians attempted to use it in a February attempt to remove Moïse from office. That foiled attempt, which the president described as a coup and assassination plot after he had several people including another Supreme Court justice arrested, came amid a debate over the end date of Moïse’s presidency.

The lawyers appended a Haitian declaration in which various political figures expressed their support for Sanon as the country’s next leader. They also included a copy of the arrest warrant.

The lawyers depicted Intriago as a person duped by many. In their document, they mentioned one of his own CTU associates by name. Without offering any proof, the associate was accused of taking the lead in recruiting the security team of mostly former Colombian soldiers and of claiming he was working for the FBI and had the agency’s support.

“When Mr. Intriago questioned the legality of providing security services for Dr. Sanon or anyone else in Haiti, [the associate] called his FBI contacts and Mr. Intriago became confident that the United States government knew exactly what was taking place in Haiti,” the news release said.

There is no credible evidence at this time of FBI involvement in the case. The FBI’s Miami field office, which is investigating the Haiti president’s assassination along with Homeland Security Investigations, declined to comment. Haiti does not have an FBI attache assigned to the country.

Intriago’s lawyers said in the written statement that their client did not actually train the Colombians on CTU’s security team or supply them with weapons, which would be another potential violation of the Neutrality Act. They said Intriago thought CTU’s team was still waiting for security and firearms permits from the Haiti National Police at the time of the assassination.

Haitian authorities have released photos of an impressive array of firearms described as having been seized during the capture of suspects.

They have not identified the weapon or weapons used to kill Moïse, who sustained 12 bullet wounds. His wife Martine was wounded but survived.

The lawyers said in their news release that just before the assassination, Intriago learned about a change in plans for his CTU team — that a Haitian justice had requested additional protection. They claimed the justice was going to accompany the national police and a district attorney in serving an arrest warrant on Moïse at his home.

The lawyers appended a copy of a Letter of Request for International Assistance, dated June 22, 2021, that bore a signature purportedly of Windelle Coq Thélot, the justice currently in hiding, and District Attorney Gerald Norgaisse, requesting help from Intriago. 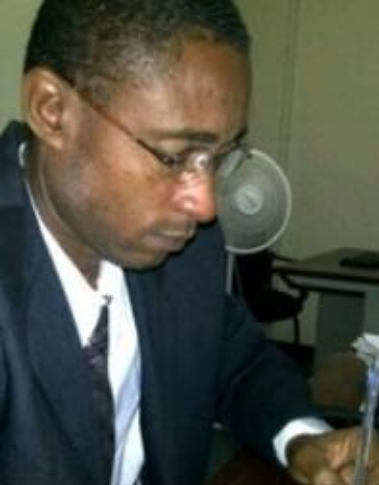 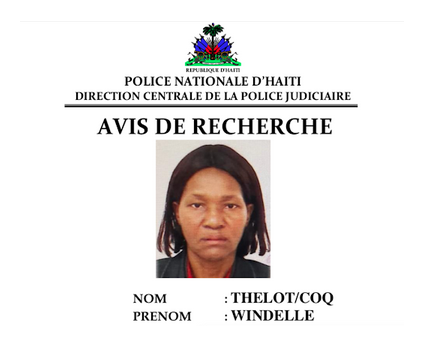 It provided background on Moïse’s ascension to power after a fraud-plagued 2015 presidential election forced the vote to be rerun in 2016. It argued that his presidential mandate ended on Feb. 7, 2021, under the Haitian constitution and accused him of “illegally and unconstitutionally” extending his mandate and “maliciously omitted to call elections,” among other acts.

“I co-sign with a judge who issued the order of imprisonment for the crimes and violations reported, and a prosecutor who internally collect the feeling of Haiti to end these dark moments in the life of our Republic,” said the statement, provided as Exhibit D.

The justice-in-hiding and Norgaisse, who is not the permanent district attorney but a substitute, both denied to the Herald that their signatures were authentic. District Attorney Bedford Claude, who has been leading the investigation with police, backed up Norgaisse’s claim that “it is not his signature” on the letter.

In any event, Intriago’s lawyers stated in their news release that when the CTU contractors arrived at the presidential residence, “they found the president deceased, his wife wounded, and the house ransacked.“

More than 40 people have been arrested in the case, including a dozen Haitian police officers.

The investigation in Haiti is all so convoluted that on Thursday the country’s foreign minister asked the United Nations and the Caribbean Community for help in conducting an “international commission of inquiry.”

Saturday marks the one-month anniversary of the president’s assassination. To date, little light has been shed on who bankrolled the operation. 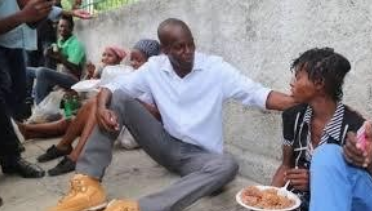 If you drive a friend to the local 7-11 to purchase a can of Coke,. Leaving you, in the car, your friend enters the store. Unknown to you,   he pulls his gun to shoot, killing  the clerk – BOTH OF YOU WILL BE CHARGED WITH FIRST DEGREE MURDER.

In the eyes of the Law you are both complicit.

So it is with the dozens of people who became involved in the “Keystone Kops” action that resulted in the murder of our President Moise.

We have attorneys, for the security guy, Intriago, talking nonsense that would not be tolerated in an American court of law. His actions were   irresponsible. Even though the documentation he received was in French, a Google search would have told much of the truth. For instance, he would have discovered that Gerald Norgaisse resigned from government service in the spring of 2014! I just Googled his name and came up with this https://www.haitilibre.com/en/news-10856-haiti-justice-me-gerald-norgaisse-resigns.html )

The Neutrality Act is very simple to understand.

Common sense was thrown to the winds by those drawn into this absurd, sadly deadly plot. Common sense was drowned with the promise of fortunes from the Haitian government Sanon planned to head.

Let’s see the ontracts between Sanon and the security company.

Let’s see the contacts between Sanon and the loan group. 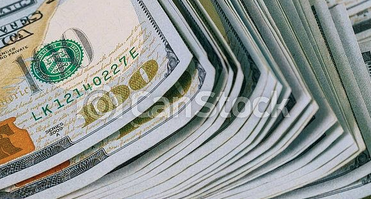