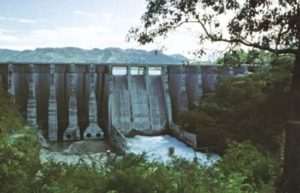 Paris, April 26, 2012 — Alstom has secured two separate hydro contracts in Latin America, representing a total amount of almost €60 million, for the refurbishment of a hydroelectric dam in Haiti and the development of a new power station in Ecuador.

In Haiti, the $46 million contract signed with the federal electricity supplier EDH includes the entire overhaul of the three units (18 MW each) of the Péligre hydroelectric dam, with a rated output of 54 MW.

Péligre is currently operating at less than a third of its full capacity, with two units out of service and one in partial operation. Once refurbished, the units will have enhanced efficiency and reliability, and will be compliant with the instabilities of Haiti’s electricity grid.

Alstom will fully restore the electromechanical and hydromechanical equipment of the plant, including a new hydraulic design for each turbine with an overhaul of existing embedded parts, new cooling and drainage systems and the refurbishment of the dam’s gates.

A new Smartcontrol SX system will ensure the automation of the plant. Work on the project includes the balance of the plant and some civil works. It is expected to start within one month, with the last of the upgraded units scheduled to be commissioned in 2015.

Located on the Artibonite River, 40 miles from the capital Port-au-Prince, Péligre is the country’s main electricity source while providing irrigation and flood protection for local agriculture. For this reason the rehabilitation will be performed without draining the dam’s reservoir.

In Ecuador, Alstom as part of a consortium will supply 2 Kaplan turbines of 30 MW each, generators and the control system to Manduriacu HPP, in Guayllabamba river. Alstom’s share represents around $33 million. The consortium will also be responsible for hydromechanical equipment and balance of plant.

The commercial operation of the first unit will start at the end of 2014. The plant will have two units and the equipment will be produced at Taubaté, Brazil, one of Alstom’s largest Hydro manufacturing plants in the world.

Alstom’s market share in the area of energy production in Ecuador amounts to about 20 percent. The company has manufactured equipment of other important hydro project in the country such as Molino (1075 MW), Pucara (70 MW), San Francisco (240 MW), Mazar (2 x 85 MW) and Ocana (2 x 13 MW – to be commissioned). Alstom’s other main references in the country are Esmeraldas (130 MW) and Trinitaria (130 MW) oil fired power plants.