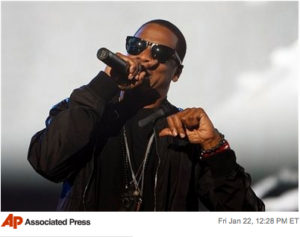 NEW YORK – Organizers for the all-star “Hope for Haiti Now” telethon say the event raised a record-setting $57 million — and counting.

The two-hour telethon aired Friday night on the major networks and dozens of other channels, including MTV, Bravo, and PBS, and was also streamed live online. Stars like Brad Pitt, Beyonce, Madonna, Bruce Springsteen and more used their presence to encourage donations for Haiti, following a Jan. 12 earthquake that killed an estimated 200,000 people.

A statement released Saturday said the money raised was a record. It does not include donations by corporations or via iTunes, where people are able to buy performances of the event for 99 cents.

People can still donate via text, phone or through the “Hope for Haiti” Web site.