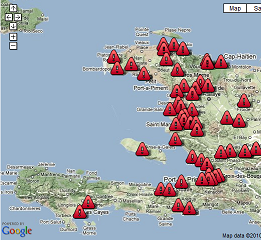 PORT-AU-PRINCE, Haiti — An international aid group says clinics in one section of the Haitian capital are seeing a sharp rise in cholera, with more than 300 new cases per day.

Oxfam says the spike in new cases is occurring in the densely populated Carrefour area west of downtown Port-au-Prince. The group reported Thursday that the number of new cases is more than three times what it saw back when the disease first surged in the fall.

Oxfam and other groups are stepping up cholera treatment and prevention in Haiti as the waterborne disease increases amid heavy rain.

Haiti’s health ministry says cholera has killed more than 5,300 people and sickened more than 320,000 since the outbreak began in October.