An initiative has been launched to help improve smallholder farmers’ access to a wider array of modern, more productive food crop varieties.

Organisers hope the scheme will shake off “decades of complacent government seed monopolies”.

Edward Mabaya, principal investigator for TASAI, said that food security was a key factor for African agriculture, which is dominated by smallholder farmers. 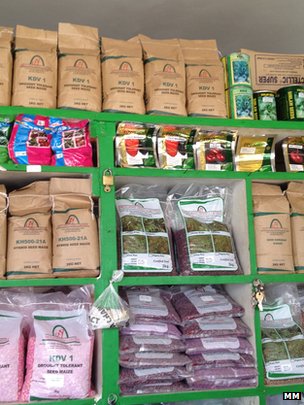 “Traditionally, the seed sectors have been dominated by government monopolies during the 1970s and 1980s but this changed in the 1990s,” he said.

“Most of the systems were liberalised and this gave way to a new breed of domestic and multinational companies coming into the sector.”

But this transition generated a number of challenges, such as ensuring the complex supply chains in the seed sector delivered the appropriate technologies to smallholder farmers.

Dr Mabaya told BBC News: “We thought that we needed an instrument that allowed you to run a very quick diagnostic test across the sector in a way that informed stakeholders, such as decision-makers and investors.

“The seed delivery system is only as strong as its weakest link, so if there is anyone along that value chain not doing their job or there is a bottleneck then seed does not find its way to the small farmer.”

The initiative – a partnership between Cornell University in the US and Market Matters, a development organisation – hopes that it will deliver results to the farm gate.

Dr Mabaya said: “We know that there are some farmers who are not getting access to food crop seeds, and if they are then they are often getting varieties that are 30 or 40 years old.

“So we are coming in with this problem in mind and working our way upstream to identify the problems that may be causing this weak flow of appropriate technologies reaching farmers.

“Ultimately the result will be better flow, which will result in better technology, better competition and quality, lower prices and a wider range of choices for the farmer.”

He explained how the index worked: “We have 16 critical measures within five categories: research and development, industry competitiveness, service to smallholder farmers, seed policy and regulation, and institutional support. 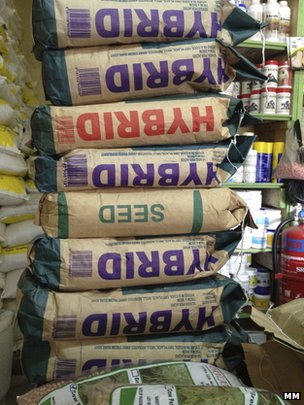 Modern varieties of food crops, such as maize, can help improve productivity

“We are looking to go into each country and doing a very detailed study of the seed sector, producing a report.

“We then take that information for each country and distil it so it is comparable across countries. We then make the information accessible for end users – often a government policymaker, private investor or development sector official – in a way that is actionable, allowing immediate comparisons across countries.”

In its four-nation pilot study, the index found “uneven, though in many places promising, progress”.

In South Africa, it found a competitive seed sector managing to get new seed varieties from breeders to farmers in a relatively short 12 months, compared with Zimbabwe (two years), and Kenya and Uganda (three years).

However, South Africa did not fare so well when it came to making seeds available in small packages, which better suit the needs and budgets of smallholder farmers.

For the key crop, maize, the index showed that over the past three years, Kenya had released 35 varieties and Zimbabwe 28, while Uganda had released just 12. In the same period, South Africa had released 221.

Commenting on the index launch, Joe Devries, of the Alliance for a Green Revolution in Africa (Agra), said: “It’s crucial that smallholder farmers in Africa have access to a wide range of crop varieties because small farms are the mainstay of food production in the region.

“Seeds may not be a cure-all, but without a healthy seed sector it’s hard to see how African farmers can satisfy the food demands of a population growing faster than anywhere on Earth and adapt to climate change that are rapidly altering farming conditions.”

Dr Mabaya added a personal dimension to the wider policy vision: “I am the product of a smallholder farmer in Zimbabwe.

“I am one of 10 children, raised by a farmer with less than two hectares of land. I was raised during the 1970s when new seed varieties were being made available. And, of course, this coincided with other support services, such as fertilisers, education and other technologies.

“This was how our parents were able to send us to school. For most smallholder farmers in Africa, the only way out of poverty is to increase your agricultural productivity.”