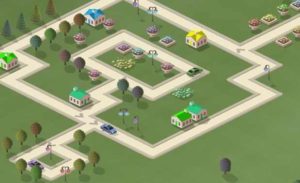 The tragedy in Haiti has attracted an outpouring of aid from governments and non-governmental organisations in the developed world. That is only for the good.

But what happens after, when the immediate crisis is past and Haiti moves from relief to recovery?

Perhaps the most striking precedent is Europe after the second world war. Like Haiti today, Europe lay in ruins. First came the United Nations Relief and Rehabilitation Administration, which provided food, clothing, medicine and shelter to those in need. That ended in 1947. Next came the Marshall plan, 1948-52, which revived local business in Europe. Loans went to local European businesses and were repaid into a national fund, which then paid for commercial infrastructure such as ports and roads. To this day, the Marshall plan is recognised as the most successful programme of economic aid the world has known. Why not the same for Haiti?

There are several obstacles. First, most people in the aid world misunderstand what the Marshall plan actually did. In recent news reports, Bill Clinton, the former US president, was described as working on such a plan, while Dominique Strauss-Kahn, the head of the International Monetary Fund, called for a “Marshall plan for Haiti”, with foreign governments, companies and NGOs doing the rebuilding and foreign investment setting up factories. None of that has anything to do with the original Marshall plan.

Local businesses, not foreign governments, companies or NGOs, were the centrepiece of Marshall’s original. Beyond these specific calls, most aid agencies think “Marshall plan” means “lots more money to do a lot more of what we’re already doing”. Unfortunately, that is not the case. Haiti has received enormous amounts of aid – of the wrong kind – over the past decades, and those same aid agencies are ready to repeat the same mistakes as before. Aid agencies would have to make massive changes to support local business instead.

Second, the Haiti government favours the current aid system and suppresses its local business. The World Bank’s Doing Business project ranks countries on 10 indicators of how easy the local government makes it for a local citizen to start and run a business: Haiti ranks 151 out of 183 countries. On the key indicator “Starting a Business”, Haiti ranks 180 out of 183. Clearly, the Haiti government does not want its citizens starting and running local businesses. Traditional aid does nothing to change that.

The original Marshall plan offers some guidance on how to overcome these two obstacles. First, it did not work through existing agencies but rather set up a separate entity led and staffed by people with business backgrounds. A Haiti Marshall plan would need to do the same thing. Of course existing aid agencies would object, so high-level leadership would need to come into play – of the kind George Marshall himself supplied.

Second, European countries had to enact policies that enabled their local businesses to qualify for the funds. Haiti would need to do the same. Of course, Haiti is starting from a much worse position than Europe, which had a thriving business sector before the second world war. That means there is plenty of need for government agencies and NGOs to provide advice, training and other “soft” infrastructure, such as legal reform, to Haitian local business.

Haiti has another asset that can help: its diaspora. Haitians in other countries, especially the US, know how local business works, in the same way postwar Europeans remembered pre-war European business. Many of these diaspora Haitians are eager to return and help rebuild their country – if they can know their efforts will be worthwhile.

If the same old aid system merely returns to do the same old thing, those efforts will not be worthwhile. But if Haitian business can finally see the light of day, the Haitian diaspora can help lead the way.

The writer is dean of Columbia Business School and was chairman of the Council of Economic Advisers under President George W. Bush. He is the author of The Aid Trap: Hard Truths about Ending Poverty, published in 2009

1 thought on “A true Marshall plan for Haiti By Glenn Hubbard, The Financial Times”