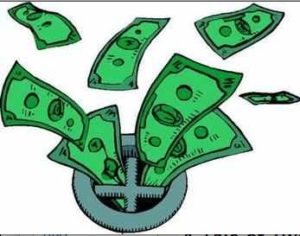 Three years after the deadly earthquake in Haiti, what has become of the commitments made on Red Cross billboards, the promises from telethon hosts, the moving declarations of Presidents Obama and Clinton? What has happened to the nearly $10 billion that was pledged to assist survivors and to rebuild, most of which was entrusted to the large non-governmental organizations (NGOs) that Professor Mark Schuller terms “non-profiteers”?

Not much. Almost nothing has improved for the millions who survive on an even thinner razor’s edge than before the earthquake. As for the nearly 350,000 displaced people who continue to live under shredded plastic, the only plentiful resource is scarcity. Cholera stalks the land, still growing two and a half after the global community learned of its introduction to Haiti through UN occupation soldiers. (Last month, Secretary General Ban Ki Moon cited the UN’s diplomatic immunity in rejecting a legal claim for compensation filed on behalf of Haitian cholera victims.)

The Republic of Haiti has become the Republic of NGOs. Bill Clinton estimated that 10,000 were in Haiti even before the earthquake, but no one actually knows. “Nongovernmental” is actually a misnomer, since many of the agencies get at least half their funding from the U.S. government. Killing with Kindness is a match struck to light up this obscure and powerful sector. A Creole-speaker with a discerning eye, a decade-plus history in Haiti, and close relationships at ground-level, Schuller combines extensive research with first-person anecdotes and vivid description to show how NGOs have aggravated both a humanitarian and structural crisis.

Killing with Kindness delivers a tale of two foreign-launched and foreign-funded NGOs. His study is not about the aftermath of the earthquake but about another disaster-filled period, the year 2004. These were political disasters: the second ouster of President Jean-Bertrand Aristide; violence and repression from the right and the elite, backed by the U.S. government; and the fissuring of social movements. Schuller conducts ethnographies of the two agencies, and interviews and analyzes players along the NGO food chain: U.S. and European donors, the organization’s leaders, lower echelons of staff, and the intended beneficiaries.

Through the research, he exposes ways through which the groups exclude self-determination or even participation by those directly impacted. He looks at the subtle and not so subtle ways they impose foreign-driven priorities, ideologies, and programs.

Killing with Kindness takes the reader far beyond the typical rationales of why NGOs and the large percentage of foreign aid they manage have failed. When donors criticize themselves at all, they tend to rely on excuses like “poor coordination” and “failure of delivery.” When, much more commonly, they blame Haiti, they often speak quietly of a culture that encourages corruption and is change-resistant. Schuller, on the other hand, expertly unmasks the problem as a structural one. Juxtaposing theories of Foucault and Marx, he clearly and carefully lays out his facts and analysis to show NGOs as “semi-elites [who] are inheritors of past world systems and pillars of contemporary globalization.” He lays bare the systems of power which both marginalize the Haitian government and inhibit grassroots organizing for participatory democracy, transparent and accountable governance, and social and economic rights.

Throughout the book, the author poses the question: are NGOs contributors to development, or are they “trickle-down imperialism”? He demonstrates that, far from alleviating suffering or creating space for governmental or citizen agency in areas which impact them, the NGO industry instead serves as an intermediary in spreading and sustaining U.S. – and to a lesser degree U.N., Canadian, and European – power, ideology, and markets. (A few stunning exceptions, like American Jewish World Service and Partners in Health, promote Haitians’ own work and goals for their country.)

Schuller updated the text to include the aftermath of the quake. In real time, it serves as a second case study through which his thesis proves itself with tragic accuracy. Haiti since the earthquake has been a textbook case in international domination and disaster capitalism, shaking the country like a killer aftershock. The NGOs, together with foreign policy, aid, and Beltway bandits who won contracts, have inflicted even more wounds on the citizenry and on the country’s autonomy.

NGOs have largely replicated the practice of foreign governments, excluding the Haitian state from decisions about its own nation. Haiti’s future has been entrusted to foreign agencies, ones that have no structural accountability, little understanding of the nation or the people, fealty to their own organizations and funders far away, and interests that often contradict Haiti’s best.

In the three years since the earthquake, the pace of NGO takeover of public services has become dizzying. Foreign donors and lenders have forced the government to privatize services, and then given money to NGOs to fill the gaps that are left. As the NGOs’ reach and control expand, the Haitian government’s retracts, thereby justifying the redirection of the next round of international dollars to those NGOs. It is a process parallel to that which Schuller describes from eight years earlier: government is increasingly sidelined as an actor in shaping and implementing solutions for its own country.

Grassroots groups – representing the vast majority of citizens – are sidelined, too. Haiti’s rich patchwork of social movements of peasant farmers, women, students, youth, and workers is complemented by some small Haitian-run non-profits which focus on human rights, progressive media, and alternative development. The groups began meeting days after the earthquake, literally while cement dust still blew and cadavers still dotted the streets. Their collective hope has been to guarantee that a more just and equitable country arise from the rubble. And yet their agendas, power, decision-making, and leadership have been cast aside as NGO “experts” have stormed every field of the reconstruction with their own knowledge systems and control – not to mention products. Post-disaster services, from sanitation to women’s safety to agriculture, function through UN “clusters,” issue groups set up by the UN to coordinate NGOs and – theoretically, anyway – relevant government institutions. They operate without much or sometimes any engagement of those directly impacted by their work. Many of the movement’s trained and skilled leaders have been hired away, instead of supported in their own work, by high-paying NGOs. Delicate power balances and fragile alliances have been disrupted by the influx of aid disbursed to some and bypassing others.

Schuller’s conclusion from living and working with social movements since the earthquake is that they do not want more aid. They want the aid to be used in ways that strengthen their priorities for Haiti’s future, and they want to be part of its distribution and application.

Large international agencies could be useful in strengthening the government’s capacity to function and provide services, and in helping communities and social movements meet their own self-identified needs. Social movements, organized communities, and other groups representative of the majority have further ideas on how NGOs could help, not harm. They could work to break the cycle of which they are a part. They could work more closely with, and give more money to, Haitian-run non-profits. They could open their ears to criticisms and suggestions for alternate approaches. They could advocate with their host countries for budgetary support for ministries and dedicate more of their own resources to supporting state capacities. They could use their voices to push for better policies from their home government toward Haiti.

Schuller offers specific ways that U.S. government aid policies could be improved, specifically through USAID and the NGOs it finances. They include:
* Pulling USAID out from under the State Department, making it instead independent and able to develop policies not tied to foreign policy goals;
* Giving aid based on need instead of on security interests;
* Requiring NGOs to create space for local participation in their program planning and implementation;
* Shifting the reward structure so that NGOs must collaborate with elected government;
* Ceasing to impose how funds must be spent; and
* Ensuring that aid goes to the recipient country and does not return to the US, as currently 93% of USAID funds do.

Schuller cites a Haitian woman who relayed to him her belief that, if U.S. Americans only knew what our government was doing to Haiti and other small, vulnerable countries, we would insist on a new approach. Killing with Kindness ensures that we know.

Once having informed us, the activist-scholar calls for citizen pressure for more constructive and accountable aid policies and practices. Urging readers to “occupy government,” he writes, “The question is, what are we as a humanity going to do about [the problems]? What am I, what are you, doing to bring about this change?”

The author closes the book by quoting a street vendor who says: “Before you can talk about helping Haiti, the best way you can help us is to bring back democracy to Washington.”

Beverly Bell has worked for more than three decades as an advocate, organizer, and writer in collaboration with social movements in Latin America, the Caribbean, Africa, and the U.S. Her focus areas are just economies, democratic participation, and gender justice. Beverly currently serves as associate fellow at the Institute for Policy Studies and coordinator of Other Worlds. She is author of Walking on Fire: Haitian Women Stories of Survival and Resistance and of the forthcoming Fault Lines: Views Across Haiti’s Divide.