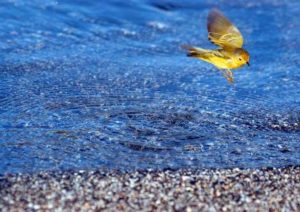 You could hardly argue that things have been going well lately for Haiti. Quite apart from being cruelly ravaged more than two years ago now by an earthquake from which it is still struggling to recover, more recently the Caribbean country’s president was struck down by a pulmonary embolism, while a rogue band of paramilitaries stormed parliament in his absence, and is still refusing to disband despite repeated demands from the government.

But there are one or two more positive developments.

Not only was a prime minister approved by the senate earlier this month – hopefully he will last a bit longer than Michel Martelly’s previous nominees since taking office as president almost a year ago – but Haiti’s gross domestic product is expected to grow by a stonking 7.8 per cent in 2012, faster than any other Caribbean economy, according to the International Monetary Fund’s World Economic Outlook released last week.

But don’t be fooled – Haiti’s economy has an awful lot of growing to do. Although the growth figure is higher than the 5.6 per cent reported GDP growth last year, these numbers are only so high because the economy is rebounding from such a low base after the wreckage caused by the January 2010 earthquake. Since then billions of dollars have been poured into reconstruction efforts – which frankly leave a lot to be desired (the lack of a prime minister hardly helped).

Still, it is some comfort that despite lowering its overall 2012 growth projection for the region from 4.3 per cent last September to 3.5 per cent, the IMF thinks that the Caribbean in general “finally turned the corner” in 2011 after a long recession, even if its high debt levels and its dependence on tourism and remittances flows (neither of which have a terribly bright outlook) continue to hold the region back.

COMMENT: HAITIAN-TRUTH.ORG
The huge increase in GDP – Gross Domestic Product is an illusion since most of the benefits are siphoned out of Haiti.

Economists can create a mirage of smoke and mirrors that prove a massive improvement…but one need only live here to see the slide downwards, experienced by the vast majority of Haitians.

Very little improvement is noted since the January 2010 earthquake that took over 300,000 lives and devastated much of the land.

The Haitian government, UN and a zillion ONGs claim massive victories but these are little more than a few key-strokes on a computer, and the resulting media releases.

Poverty accelerates, even as the world community toasts a 7.8% increase in GDP.

Unfortunately, GDP has no calories and does not put a roof over the tens of thousands who still huddle, hopeless, beneath frayed tarps provided by ONGs 2 years ago.

And we are in the rainy season.