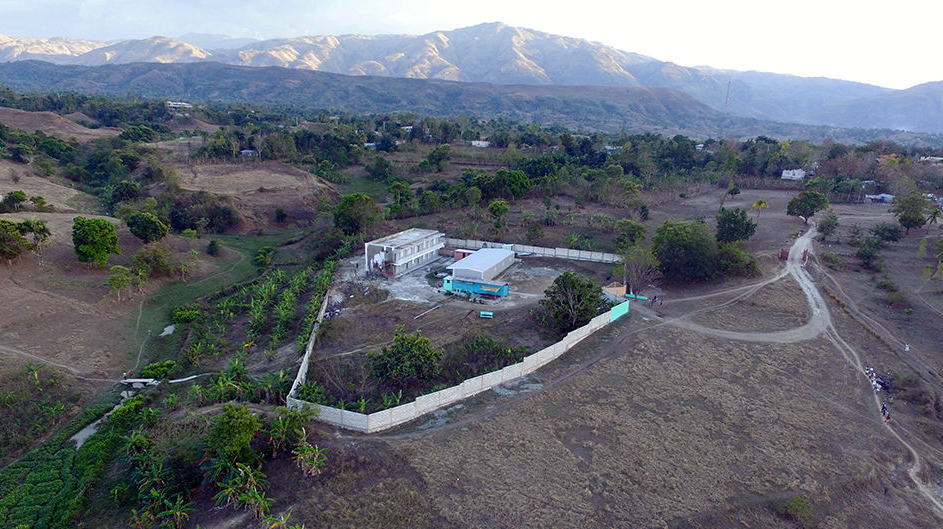 Jeffrey Bennett had the smells of rice and beans wafting through his dental office, Bennett & Jones Dental Care, last week as he took the rice and beans challenge.

Last Monday through Friday, that’s all he ate all week in the hopes of raising funds and awareness for Project 117, a nonprofit that provides education to children in Haiti through the development of a school system.

In taking the challenge, Bennett said it was the least he could do, as having access to rice and beans for many in Haiti would be considered a blessing, not a challenge.

“In Haiti many of those people would be thankful to have that meal,” he said.

Bennett got involved with Project 117 several years ago when he went there on a trip to provide free dental care to Haitians. It was there where he met Curtis Stout, founder of Project 117, while Stout was working on getting the school built.

Having seen the living conditions of many in Haiti, Bennett said he hopes to enough people to remember to count their blessings.

In addition to Bennett, 16 others stepped up to take three other challenges. Stout himself, along with participants Seth Vautaw and Perry Beko, are taking the water haul challenge. For Vautaw, he will haul two 25-pound dumbbells two miles per day for five days around a track here in town to symbolize carrying five-gallon buckets of water.

Another group of participants is taking the poverty line challenge since the average family in Project 117’s school lives on less than $2 per day. For Lynn Hale, she’s giving up luxuries like coffee and eating on $2 or less for five days.

The final test challenges participants to go without electricity for three days since electricity is a luxury in Haiti that a vast majority of its residents don’t enjoy at home.

Stout said he hopes the challenges the participants are representing raise a little more awareness to the different injustices that the students at his school in Haiti and their parents experience on a daily basis.

A majority of the funds raised will go to general operating expenses at the school, which continues to expand. Currently, there are three levels of kindergarten, a first grade, a second grade, and 15 to 18 adults in a literacy class. In total, there are 129 students. The school was established in February 2014.

Most recently, construction wrapped up on a $110,000 building on campus that marked the second building for Project 117. The building was entirely Haitian-built and will open next school year. With a Haitian workforce and 20 employed at the school, Stout said the economic impact is being felt.

“That was one of the biggest effects of deciding to do this building will all Haitian construction this time. We’re seeing the community buy into what we’re doing at a completely new level because of that investment from them in what we’re doing,” he said. “Through employing local people and purchasing materials from local businesses is a huge deal. That’s what’s actually going to change the country, seeing the locals actually own it and develop it and take it further.”