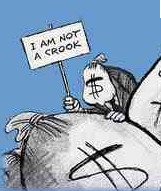 ‘We made decisions that enabled us to provide emergency assistance in the midst of chaos and we stand by those decisions,’ says Jean in response to an article about Yele Haiti’s questionable spending.’

Wyclef Jean has responded to a report by the New York Post that his charity, Yele Haiti Foundation, used only a third of the $16 million it collected for relief efforts. In a letter he issued on Sunday, November 27, the former member of The Fugees branded the article, entitled “Questions Dog Wyclef’s Haiti Fund”, “misleading, deceptive and incomplete”.

The 42-year-old began his statement by saying he started Yele in 2005 because he wanted to help people that were helpless in his home country. “The Post conveniently fails to acknowledge that the decisions that Yele made were a response to one of the world’s most catastrophic natural disasters in modern history and required an immediate humanitarian response,” he continued.

“Immediate decisions were made to save lives and alleviate suffering. We made decisions that enabled us to provide emergency assistance in the midst of chaos and we stand by those decisions. We did the best we could with the available resources. I am proud of the way that Yele handled the crisis on the ground in 2010.”

Jean went on to point out, “What the article doesn’t say is that the construction projects funded by Yele Haiti were responsible for rebuilding an orphanage, building a temporary assistance facility, and had constructed a system of out door toilet and shower facilities in Cite Soliel one of the largest slums in Port-au-Prince.”

“The Post never highlights that Amisphere Farm Labor was responsible for preparing and delivering close to 100,000 meals,” he also noted. “The Samosa SA property referenced by the Post was located in the vicinity of the largest tent camps in Port-au-Prince. Yele chose that location because it was closest to the people it needed serve.”

“All of these facts as well as photos and testimonials were readily available to the Post for their story. Unfortunately, they chose not to include these facts and instead chose to imply that Yele ‘squandered’ donors money. Nothing could be further from the truth. Finally, the percentage of funds used is consistent with NGOs and Not For Profits operating in Haiti at the time. I have acknowledged that Yele has made mistakes in the past, including being late in IRS filings, but that is old news.”

If you go back through our articles, we published a list of things Wyclef spent his money on, after the quake. If you give a dollar value to them they do not add up to much.

And for Wyclef to suggest that his handling of the $16,000,000 is similar to the accounting procedures followed by other ONGs in Haiti, just indicates his stupidity and belief that the public is as stupid as he is.

Come one now! $1,000,000 to a Florida company, that does not exist….followed by the purchase of three Florida properties.

Sounds like THEFT BY CONVERSION  a legality that could place a few people behind bars if the handling of Wyclef Jean’s charity is properly investigated.