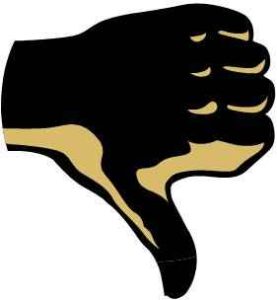 PORT-AU-PRINCE, Haiti (AP) — Haitian lawmakers on Tuesday rejected President Michel Martelly‘s choice for the next prime minister of Haiti, plunging the chronically troubled country into political uncertainty as a new government struggles to get its footing.

The rejection of Daniel-Gerard Rouzier as Haiti’s No. 2 official marks a major setback for Martelly a month after he took office and assumed the responsibility of leading Haiti’s reconstruction efforts in the wake of last year’s devastating earthquake.

After several weeks of studying Rouzier’s paperwork and credentials, 42 lawmakers in the lower-level Chamber of Deputies voted against Martelly’s pick of prime minister while only 19 voted in favor. Three deputies abstained.

Musician-turned-president Martelly will now be forced to nominate somebody else, which could take weeks.

Rouzier is an American-educated entrepreneur and longtime friend to Haiti’s recently elected president.

Martelly’s press office issued a statement Tuesday night, saying the president was “deeply disappointed” by the parliament’s decision but will accept it because he’s a democratic leader.

Haiti-born political observer and private consultant Jocelyn McCalla said the nixing of Rouzier was “unfortunate” because he was a departure from the status quo of Haitian politics, a small yet volatile arena in which many of the same players participate.

“He’s not from the traditional ruling class and he made a successful career in Haiti,” McCalla said by telephone in New York.

Deputies opposed to Rouzier’s nomination accused him of tax evasion and not presenting a copy of the passport on which he regularly travels, raising questions over his citizenship and therefore his eligibility. The Haitian constitution bars high-ranking officials from having dual citizenship.

“His papers weren’t correct,” said Patrick Joseph, a deputy with Unity, the political party of former President Rene Preval. “We need to stop wasting time, and they need to submit an appropriate choice to be ratified.”

Kenston Jean-Baptiste, a deputy from a little-known political party, accused the opposition of wanting to hang on to power.

Kenneth Michel, an adviser to Rouzier, declined to comment on the rejection, only saying that “parliament is parliament and parliament has its rights.”

Haiti’s next prime minister will play a key role in efforts to get moving with stalled reconstruction after the devastating damage of last year’s earthquake.

8 thoughts on “MARTELLY CHOICE FOR PRIME MINISTER TURNED DOWN BY PARLIAMENT: REFUSED TO PRESENT HIS PASSPORT”