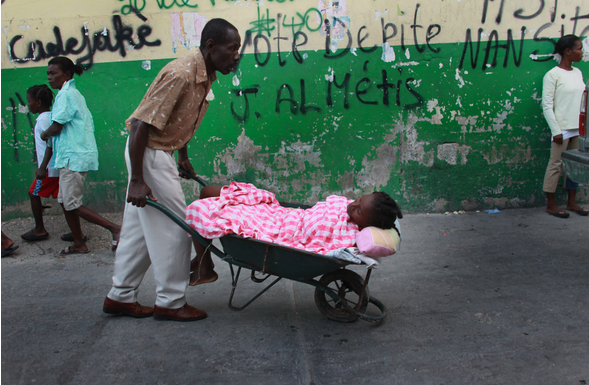 The year 2017 recorded the lowest number of suspected annual cholera cases since the beginning of the epidemic in 2010. This favorable development was as a result of effective and coordinated response, timely clinical care and improved epidemiological surveillance system which made it possible to reach an incidence rate of 1.12% at the end of 2017, bringing the country closer to the target of 0.1% set for the end of 2018. During the month of December, 776 cases were notified, resulting in the annual total of 13,681 suspected cases of cholera and 159 deaths: a respective decrease of -67% and -64% in comparison with 2016.

UNICEF, working jointly with the 13 MSPP EMIRAs and DINEPA’s emergency response department technicians, supported about 57 mobile NGO teams throughout the year. At the same time, in outbreak areas, PAHO / WHO and health partners provided support at the national and departmental level to strengthen the capacity of MSPP for epidemiological surveillance and outbreak investigation. In addition, a new vaccination campaign was carried out with 90,000 beneficiaries in the commune of Mirebalais (a prioritized persistent area) in December 2016.

However, cholera remains a highly infectious disease that can resurge at any time in the absence of a continuous mechanism for surveillance, coordination and response. Lack of funding to continue required actions, especially in the most at-risk departments, could lead to a reemergence of the disease throughout the country. In 2017, the response teams of UNICEF’s partners were only funded until April, while funding for surveillance support and medical care was minimal.

UN Office for the Coordination of Humanitarian Affairs: 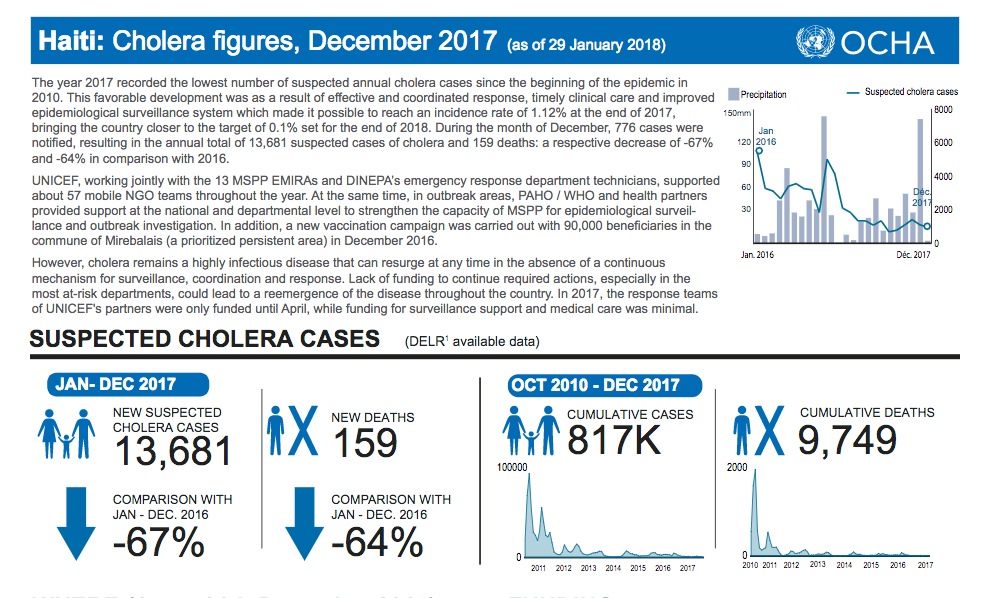