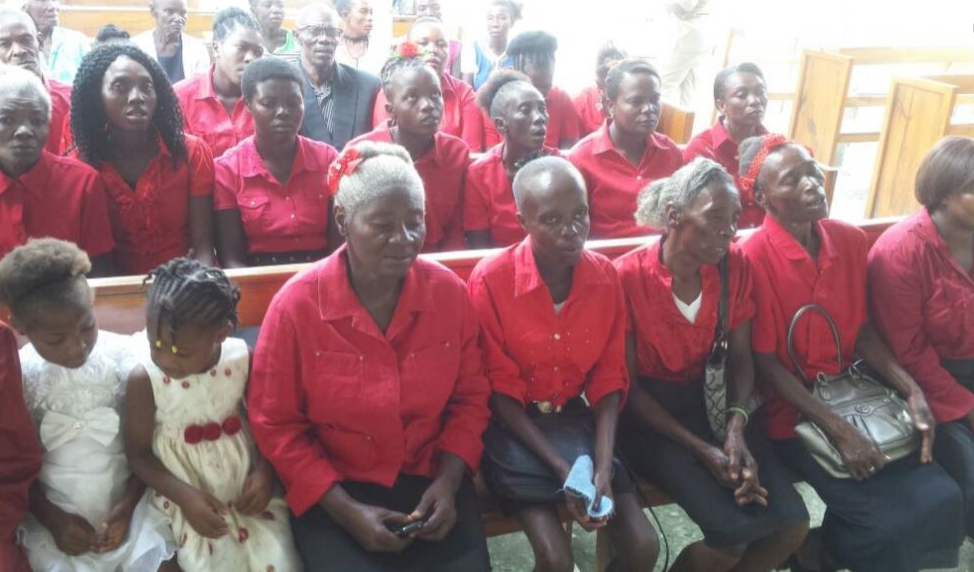 Marise Laguerre (3rd from left) at the Adult Literacy program graduation ceremony in Camp Perrin, Haiti, Feb. 11, 2018. (Photo: Esnal Sincere/VOA Creole)
Share
CAMP PERRIN, HAITI —Marise Laguerre, 60, says she is thrilled. She has learned a skill many of us apply every day and take for granted. Laguerre can now read and write.

“I was so happy to participate in the program,” Laguerre told VOA Creole after the graduation ceremony, “because I couldn’t read or write; now I can write my name, I can write my children’s names – I’m so grateful (to the organizers and teachers of the program).”

After thanking each organizer and teacher by name, Laguerre proudly added, “Now when I go to the [American] embassy I don’t have to give them a thumb print, I can sign my name.” She was all smiles.

Haiti’s average literacy rate is 61 percent, according to statistics published in 2015 (in the CIA Factbook). While 64 percent of males can read and write, only 57.3 percent of females are able to do so. That number is far below the current literacy rate for Latin American and other Caribbean countries, which stands at 90 percent.

During CODEFEC’s literacy classes, which lasted six months, students were taught to read, write and count.

Did any of the students give the teachers a hard time?

“Yes, it wasn’t easy,” Numa acknowledges, “but Alpha teaches us that you have to have a lot of patience and tolerance to teach adults.” 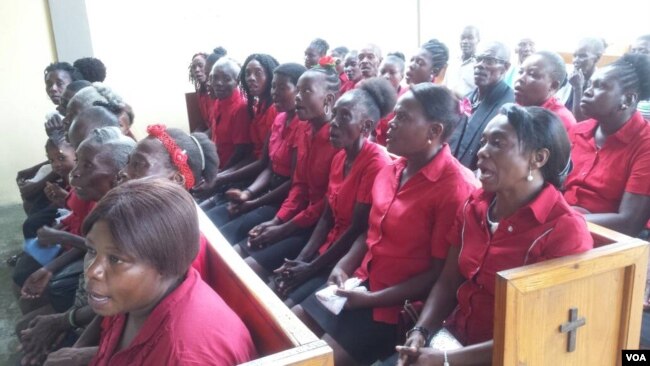 At the graduation ceremony, students read bible passages and sang songs to demonstrate their proficiency.

Each graduate received a certificate and a bible, donated by Alfalit. According to Numa, 45 of the 60 students enrolled in the program graduated on February 11. The remaining 15 adults were not yet proficient enough in reading and writing. But Numa is confident they will be soon.

Lawmaker Bertin Augustin, who represents Camp Perrin in Haiti’s national parliament, spoke at the graduation. He told the students that he considers himself the godfather of the graduating class.

“You must work every day to increase the number of literate citizens in our community,” he told them, noting that the area has one of the highest literacy rates among Haiti’s 10 departments. “I’m sure some of you here who have phones could only talk on the phone – if you called someone and they didn’t answer, you weren’t able to send them a text message to say – ‘Mrs. Georges just called you.’ But today you are able to not only speak, but also write and that’s a huge step forward in your evolution,” he said.

Augustin also joked that they can now apply for jobs as cashiers because they can count, and that he is looking forward to receiving their text messages in the future.

CODEFEC organizer Numa is pleased with the results of the literacy program and had advice for illiterate adults who are too proud to go to school.

“It’s never too late to learn,” she said. “We have a school for all adults who want to learn to read and write, so do it.”