WITH THE FOLLOWING STUPIDITY, COLIN GRANDERSON & OTHER OAS,CARICOM & UN SPOKESMEN TURNED HAITIANS AGAINST FOREIGNERS: THE SITUATION IS EXPLOSIVE AS HAITI ERUPTS AGAINST ELECTORAL FRAUD & MINUSTAH MISHANDLING OF AFFAIRS 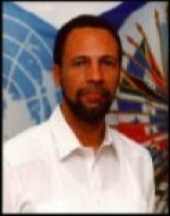 PORT-AU-PRINCE, Haiti—The Organization of American States said Haiti’s presidential election should be considered valid despite a host of problems, giving a big boost to the government and election authorities here.

The judgement from the main international observers of the election could dampen claims of widespread fraud made by a majority of the 18 candidates that took part in Sunday’s vote.

The election was also marred by disorganization, sporadic violence and incorrect voting lists.

“As serious as some of the irregularities were, they did not invalidate the electoral process,” said Colin Granderson, head of the election observer mission to Haiti from the OAS, which counts all independent countries of the Americas as its members.

THE ELECTIONS ARE A CRIMINAL FRAUD AGAINST HAITI AND THE HAITIAN PEOPLE BY RENE PREVAL, HIS CRIMINAL CEP, MINUSTAH, OAS, CARICOM, AND EMBASSIES HERE.

2 thoughts on “WITH THE FOLLOWING STUPIDITY, COLIN GRANDERSON & OTHER OAS,CARICOM & UN SPOKESMEN TURNED HAITIANS AGAINST FOREIGNERS”