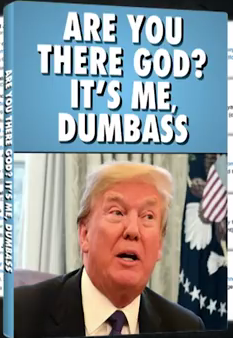 WASHINGTON — Each year, Capitol Hill lawmakers can bring guests to the president’s State of the Union address, often selecting people who represent a political message. Ahead of Donald Trump’s first State of the Union on Tuesday, a handful of Democrats, including civil rights hero Rep. John Lewis (D-Ga.), have chosen to boycott it over the president’s recent racist comments deriding Haiti and African nations as “shithole countries.”

Pointing to Trump’s decision to end protections for so-called Dreamers under the Deferred Action for Childhood Arrivals (DACA) program, Rep. Earl Blumenauer (D-Ore.), who will skip the speech, announced that Dreamer Aldo Solano will attend in his place.

Many of the Democratic senators and representatives who will be in attendance have also chosen guests who will serve as a rebuke to Trump and draw attention to issues such as  immigration, hurricane relief in Puerto Rico, sexual assault and the #MeToo movement, and Trump’s attempt to ban transgender members of the military.

Nicolle will do a tremendous job representing the 800,000 Dreamers on Tuesday evening at the State of the Union. pic.twitter.com/z5G9sua6ek

It’s my honor to introduce to you my State of the Union guest this year. All the way from Ridgefield, NJ – Dreamer Elizabeth Vilchis will be joining me at #SOTU https://t.co/iSO1Oz154y

Several other lawmakers have invited family members of undocumented immigrants who have been deported under Trump, such as Rep. Debbie Dingell (D-Mich.), whose guest will be Cindy Garcia. Garcia’s husband, Jorge, was recently deported to Mexico after living in the U.S. for nearly 30 years.

In addition to DACA, Trump administration officials have also announced plans to eliminate temporary protected status (TPS) for thousands of immigrants from Haiti, El Salvador and Nicaragua, and have created uncertainty for immigrants from other countries included in TPS — underscored by Reps. Seth Moulton (D-Mass.) and Jacky Rosen (D-Nev.), and Sen. Catherine Cortez Masto (D-Nev.), who have all invited immigrants who fall under TPS protections.

Twitter, meet Edenilson. He’s a dad, a hard working member of the team at a successful business in Lynn, MA, a Salvadoran immigrant, and – I’m excited to say – my guest at next week’s State of the Union. #SOTU https://t.co/3R7pbTfqbq

Sen. Elizabeth Warren (D-Mass.) invited Jean Bradley Derenoncourt, a city council member in Brockton, Massachusetts, who is originally from Haiti, one of the countries Trump reportedly referred to as a “shithole” in a meeting about immigration issues.

“His story embodies American values of hard work, service, and persistence,” Warren said in a statement.

The #MeToo and #TimesUp movements will also be represented on Tuesday night. Many Democratic women plan to wear black to show solidarity with survivors of sexual misconduct, inspired by the Golden Globe Awards earlier this month.

Rep. Jackie Speier (D-Calif.), who has been outspoken about the issue of sexual misconduct in Congress, is bringing Travis Moore, a former congressional aide who helped organize a petition that led lawmakers to begin re-evaluating the byzantine process for reporting misconduct on Capitol Hill.

Speier had previously invited #MeToo founder Tarana Burke, but Burke said that she declined the invitation in favor of participating in a counter-event Tuesday evening with fellow activists.

Multiple lawmakers have invited sexual abuse survivors who have become activists in their states.

So honored to have Leah with me at tomorrow’s State of the Union address—her courageous story of resilience & fearless advocacy is one more people need to hear. Proud to be her partner as we work to improve our laws to help future survivors. https://t.co/pNPnQTgquY

Rep. Bonnie Watson Coleman (D-N.J.) invited Rose Gunter, niece of Recy Taylor, a black woman in Alabama who was raped by six white men in Alabama in 1944, an event that helped catalyze the civil rights movement. Taylor, who died in December, has now become a symbol of the #MeToo and #TimesUp movements, and was recently honored by Oprah Winfrey in a stirring speech at the Golden Globes.

Danielle McGuire, a historian whose 2010 book about Taylor brought renewed public attention to her story, will also attend Tuesday’s speech as a guest of Rep. Brenda Lawrence (D-Mich.).

Members of the Congressional Black Caucus will wear red pins in Taylor’s memory.

Several representatives from New York and Florida, states with significant Puerto Rican populations, have invited guests who were displaced from Puerto Rico following Hurricane Maria last year, or who have helped the island’s residents with relief efforts.

Honored that Emmanuel Ortiz-Nazario will be my guest at the #SOTU address. Emmanuel, along with his wife and kids, will to travel to DC to highlight the challenges displaced families from #PuertoRico face when they relocate to Florida and other states. pic.twitter.com/ddrLUYxt6c

Rep. Joe Kennedy (D-Mass.), who will give the Democratic response to Trump’s address Tuesday night, announced that he invited Staff Sgt. Patricia King, a transgender soldier who said that she was the first service member to have the military pay for her gender reassignment surgery.

The Trump administration last year announced that it would ban transgender military service members, a decision that has been temporarily blocked by a federal court.

“I want her to be there as a real person, and the face of an inhumane policy,” Kennedy told The Boston Globe.

“As President Trump delivers his first State of the Union address, my message to him, to my constituents, and to America as a whole is going to be: love trumps hate,” Huffman said in a statement. “When our President tries to take us backward by turning Americans against each other and stoking culture wars, he must be confronted.”