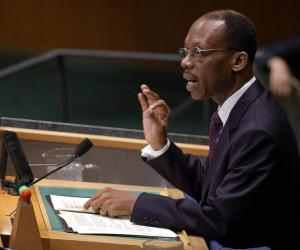 Washington had unofficially halted deportations nine months earlier amid concerns deportees were behind a wave of Haitian kidnappings and violence.

But now that the presidential elections were over and Haiti’s security situation was improved, U.S. officials wanted to resume the deportation program — which met deep resistance from Haitian Interior Minister Paul Magloire, the cables indicated.

Magloire considered returning the criminals to be a punishment rather than a reward for ending lawlessness in Haiti, U.S. Ambassador to Haiti Janet Sanderson wrote.

“He stated that the [interim government of Haiti] has done everything the [U.S. government] has asked of it, even risking its credibility, and should be given credit, not sanctions for progress in Haiti.”

Magloire alleged that U.S. warnings of visa sanctions were “unreasonable and [he] considered such action a personal threat,” Sanderson wrote April 12, 2006, a month before Preval was to be inaugurated for his second stint as president.

“These cables show over and over, the U.S. considered Haiti to be its ward and regardless of whomever is in power, either democratically elected or not, they expect that person to do their bidding,” Alex Dupuy, author of “The Prophet and Power: Jean-Bertrand Aristide, Haiti and the International Community,” told The Miami Herald.

“They keep putting people in power but what they don’t understand about Haiti is Haitians have their own agenda when it comes to power,” said Dupuy, a sociology professor at Connecticut’s Wesleyan University.

“Regardless of what the U.S. wants, there are always internal issues they will have to deal with, different factions vying for power and interfering with the agenda of the U.S. and international community,” Dupuy told the newspaper.